The Minister of Basic Education, Angie Motshekga raised concerns over the negative impact Covid-19 will have on the future and the progress of education.

The Minister for the Department of Basic Education (DBE), Angie Motshekga, raised concerns about the consequences the department and schools will have to face due to the pandemic and that this will impact the future in education as well.

Motshekga mentioned that the impact could have a long-term effect where learners are unable to advance their careers in the future.

The Minister went on to urge parents to support their children and give them space to learn as the department tries to make up for the lost time.

We want to appeal to communities and caregivers to support us by supporting children at home. When we give them homework please ensure that they complete those activities, support as much as you can.

Another highlight of Motshekga's speech was when she revealed that as the department is busy trying to find ways to make up for the Covid-19 disruptions, parents can continue with their September holiday plans as they won’t be using the recess period to make up for lost time.

"There is one matter that we cannot ignore as a department because it impacts negatively on the work we do in the sector. We are concerned about the alarming rate of teenage pregnancies in the country," said the DBE Minister.

The Minister added that the issue of teenage pregnancy is a crisis in schools, not only in the Gauteng Province where the recent alarming reports appeared, but for everyone in the society.

Motshekga said although some of the issues were prevalent in schools, the pandemic has made matters even worse.

The National Professional Organisation of South Africa (NAPTOSA) Executive Director, Basil Manuel, also said that when children are not supervised, all sorts of things will happen. Manuel added that the teenage pregnancy rate is a shameful incident and a crisis for the whole country.

Manuel encourages schools to remain open for children to learn, adding that incidents such as teenage pregnancy in such young ages would have been less.

He however said that teachers need holidays too, so the September holiday should be given to teachers to rest.

Motshekga urged South Africans and education stakeholders to rally behind the efforts the DBE is making in order to ensure the future for country’s education remains bright. 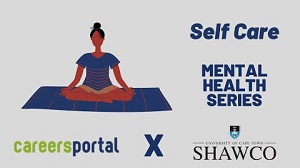