Over 140 000 Students Rejected From NSFAS Funding This Year

With NSFAS having released funding decisions for 2021, the Minister of Higher Education has now taken it upon himself to congratulate those who were successful in applying for the NSFAS bursary.

146 524 students were not successful in attempting to be funded by NSFAS for the 2021 funding. That’s the first thing the Department of Higher Education mentioned after congratulating those who were successful in a statement released on Monday.

Minister Nzimande confirms that 93 532 TVET College students and 52 992 University students did not receive NSFAS funding for the 2021 academic year.

Why were they rejected? Well the reasons are as follows:

The Department then goes on to say, “NSFAS ensures that financial aid reaches the right and deserving students timeously … who are admitted to study at public universities and colleges, are provided with financial support to obtain their first undergraduate qualification.”

NSFAS has come under fire for not providing postgraduate and missing middle students with bursaries with them using the above to support their actions. Minister Nzimande has also said that Government is doing it’s job as NSFAS provides bursaries to poor and working class students, which unfortunately does not cover those who fall under the missing middle category.

The funding must also be affordable within the parameters of the funding provided by government, with a focus on the need for sustainability of the scheme for the future.

Students often find themselves to be shocked when they realise that NSFAS is not funding them for the year and are only told once they enquire that they are not funded and the reason behind it. Sometimes, students failed to meet the requirements and other times, they are postgraduate students who, under the old NSFAS rules, would have been funded should they have been studying towards a specific programme.

As for the N+1 rule, this says that students are funded for one year more than the prescribed duration of their course, eg. if it’s a 4-year course, students will then be able to be funded for 5.

To this, the Minister then responds by encouraging students to “familiarise themselves with the provisions of the funding guidelines to avoid being unfunded or turned down”.

The Minister urges NSFAS together with all institutions to conduct information sessions with the South African National Student Union and all Student Representative Councils on these guidelines so as to minimize the number of students who are unfunded or unsuccessful in their applications.

The Department of Higher Education and Training has said that they will then continue with career exhibitions and information sessions through Khetha, which is the Department’s career development services.

NSFAS provides bursaries to students and prospective students who come from poor and working class backgrounds wanting to study at a public University or TVET College in South Africa. NSFAS bursary applications will open in August//September for 2022 funding.

Click here to read the full statement from Minister Nzimande. 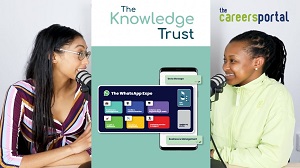