NSFAS CEO, Andile Nongongo has unpacked the significance of the first unqualified clean audit received by the institution since 2017. Nongogo was appointed by the Minister of Higher Education and Training, Blade Nzimande, as the  NSFAS Chief Executive Officer in November 2020.

NSFAS had been embroiled in a host of accusations which included mismanagement of funds and corruption. The institution was then placed under administration following irregular expenditure.

The Minister of Higher Education and Training, Blade Nzimande subsequently appointed Nongogo after Randall Carolissen left the institution in December 2020 . The institution is said to have received its first unqualified clean audit since 2017.

Nongogo said the unqualified clean audit was not expected in the space of seven months because of the extent of the damage to the institution’s reputation.

He also indicated the importance of accountability as an institution that manages state funds and other stakeholders who entrusted their funds to the institution.

Its quite significant for us to have achieved an unqualified audit because its part of a bigger plan that we put together as a board in terms of returning the institution around.

The government remains committed to funding students whose household income is R350 000 and below, said Nongogo.

NSFAS said that its important for private sector businesses to come and assist with funding as they aim to cover post-graduate qualifications.

In addition, the institution indicated the difficulties faced by the missing-middle who’s household income is above R350 000 but not enough to pay university fees.

Nongogo said the clean audit outcome will assist in attracting funders that will bridge the gap.

According to the NSFAS CEO, the institution received 21 359 applications for 2021/ 2022 academic year, and 15 754 of the applications were evaluated with 12 244 approved for funding. However the remaining 3010 applicants didn't meet funding requirements.

The CEO however said according to their projections, the budget of R43 billion will be able to cover 2021/ 2022 students.

Nongogo added that NSFAS is working towards improving its systems and being  able to communicate with students in real time. 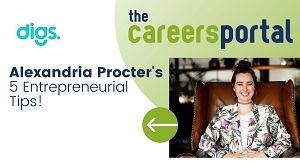