NSFAS Pulling Postgrad Funding Left Students With No Way Out

Early this year, students started hearing that their postgraduate studies won't be funded as they thought they would after NSFAS said that they no longer fund postgrad qualifications. This obviously left many students with little to no options.

The Careers Portal spoke to Caylin Jacobs, an Honours in Accounting student at Stellenbosch University, who was affected by NSFAS' sudden move to no longer fund postgraduate qualifications.

Before this new ruling, NSFAS covered the following postgraduate qualifications: the Postgraduate Certificate of Education (PGDE), LLB degrees and Postgraduate Diplomas in Accounting (PGDA). In 2021, Jacobs is a PGDA student who, in earlier years, would have been funded.

Jacobs was funded through NSFAS for her undergraduate degree but now has no bursary or NSFAS funding for her PGDA.

My student account goes to my dad but my dad is a pensioner and retired and my mom is also retired so they obviously don't have a way to pay. I don't know how I'm going to fund the year.

With fees for this year coming to around R45 000, Jacobs and her mother then decided to do their own version of fundraising by selling baked goods to "at least put something on the student account". Next year, she steps into her traineeship and hopes that she'll start paying the University back with that income.

At the beginning of the year, Jacobs' student account showed that the payment is postponed which would mean that there's a bursary or other financial aid in place. She was even given a NSFAS questionnaire. She then saw that no payments were coming through and decided to enquire further.

After sending various emails to the University, the financial aid office, postgrad funding offices and NSFAS, no responses and explanations were received.

I didn't know what to do about it and nobody was getting back to me and obviously that's stressful.

When she eventually got through to someone and was given an appointment, she was then given an apology and told that NSFAS just decided to not fund postgrad students anymore.

"I said someone needed to let me know because it was May and 75% of our fees was supposed to be paid by May and I made no payment because I didn't know what was happening with my student account and therefore, I got so much interest on my account and no one got back to me so how was I supposed to know," she said.

Jacobs then got instructed to make another appointment with the student office but found that everything was fully booked.

What would even be the point? They would just tell me to pay my student account and I can't even pay it.

"No one is willing to help and I've been emailing and no one is getting back to me," she said.

NSFAS made the announcement of no postgrad funding at all in early 2021 with little to no actual announcements or statements, their website just changed.

NSFAS didn't send me anything. Stellenbosch sent me emails saying that I'm on the list and that I'm funded and when I asked them, they just said, 'no sorry it was a mistake' ... Communication from NSFAS is very poor.

If she doesn't pay her fees, she might not get her certificate and she might need this for her board exams to become qualified.

She feels that there isn't enough funding for postgraduate students in the country and that in her field, you'll only get funding if you agree to work for a company or they expect something in return.

The Department has said that they are looking into further options for postgrad funding and the Minister is set to submit plans to Cabinet soon. 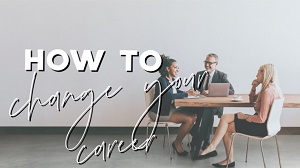