The issue of postgrad funding has been a major issue for a while now and NSFAS has added fuel to that fire. NSFAS has said that they will not fund any postgrad qualifications anymore as there are not enough resources available to do so.

NSFAS has said that they do not have the resources available to fund postgrad courses.

Previously, NSFAS funded LLB, Postgraduate Certificate of Education (PGCE) and Postgraduate Diploma of Accounting (PGDA) courses. However, NSFAS has recently announced that they'll no longer be funding these programmes, or any postgrad courses.

NSFAS does not fund second qualifications. It's a government policy. The demand for funding is far more higher than the resources available.

This change has brought about some confusion amongst students. Some students were told that they were funded and when they went to enquire, they were then told that it was a mistake and that they aren't actually funded.

Another confusing situation was that some students studying postgrad were receiving allowances at the beginning of the year. This, Mamabolo said, is a mistake. The reason behind this, as Mamabolo explained, is that NSFAS sends funds to institutions three months in advance and students then get paid before confirmations are made.

Students who are studying towards an LLB qualification will only be funded if it was made clear in the prior degree that LLB is part of it and they have not graduated yet and can only do so if LLB is done.

Mamabola explained that postgrad students will therefore not be funded from scratch.

There has also been a debate about the PGCE qualification and whether it should be seen as a priority.

The way PGCE works is that a student can have another qualification which has two school related subjects and then should they want to have a teaching qualification, they would then apply to do a PGCE.

NSFAS has therefore said that they will not be funding this programme.

The Minister of Higher Education, Blade Nzimande, is working on a proposal which aims to solve the issue of postgrad funding. This proposal will be submitted to Cabinet before the end of June. 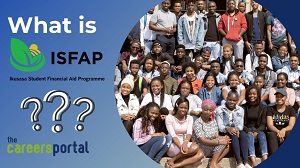 Drake has sealed a mega-money deal with Universal Music Group and is said to get the biggest bag in the history of the music business by far.