No Worries, Laptops From NSFAS Are Still Coming

NSFAS has now issued a new tender for the supplier of laptops they promised to students. However, NSFAS has now edited their specifications for this laptops after having to settle with budget cuts. Students will however still have to wait a little while before they can have the laptops in their hands.

Questions have not stopped from students and institutions asking where the laptops NSFAS and Government promised are. NSFAS has issued a new tender with less specifications for the laptops than before. This could be seen as students getting a 'less fancy' laptop but the laptops will still have everything a student needs for online learning.

NSFAS will be supplying 730 000 students across the higher educations sector with laptops. This is broken down into 430 000 students from Universities and 300 000 from TVET Colleges.

NSFAS students who qualify for a laptop will be receiving a laptop, a charger and a laptop bag to carry the laptop. Students can expect to receive this laptops around the end of January 2021, or at least that's what NSFAS and the Department are hoping for.

Towards the end of August, Parliament expressed concern that students still have not received the laptops they were promised by Government and that this could also be involved with an alleged interference in the process. About these delays, NSFAS responded, "NSFAS did some groundwork to ensure that there are no further delays on this project" and continued to apologise for the delay saying that they take the issue of compliance, thorough and fair processes firmly.

Following the announcement, “NSFAS then prepared the tender document and advertised a tender on 26 June 2020 for the supply and delivery of the digital learning devices (laptops) for NSFAS funded students.” However, it was established that no acceptable bid was received and that the tender did not meet all the requirements and had to be cancelled. A new tender was then advertised on 4 September and will close on 21 September.

Specifications for these laptops have now changed since they were first laid out in June. Things such as the laptop having an HDMI port to plug into a TV or projector, keyboards which are spill-proof, a battery life of at least five hours and being able to be upgraded to 8GB of RAM. These, however, are not what was specified in the most recent tender.

Now, NSFAS asks that the laptops supplied have a dual core CPU, at least two USB ports, 500GB hard drive, 4GB of RAM and 512MB of video RAM and for it to have the Academic version of Windows 10 Professional loaded. Screens were also asked to be HD and at least 14,1 inches with 4G capability.

Another difference in what was asked earlier in the year and now is that the laptop won't be having software which will report on how it's being used or whether students are using software that is not approved by the Department. They also wanted the laptops to be able to freeze if they were stolen but this too is not included as a specification in the new tender.

Higher Education Minister, Blade Nzimande, announced in April that students will have laptops delivered to them and the laptops were originally supposed to be delivered in September. However, due to issues with a tender, NSFAS has had to delay the procurement process.

The new tender issued also shows adjustments and requirements for potential suppliers to ensure that irregularities are not seen. Business Insider reported, "Potential suppliers no longer have to prove that they have delivered laptops "of similar value and quantities" – so on the order of three quarters of a million units – in the last five years. Instead, the new bid says, they need only show they have sold 5,000 laptops at a time." 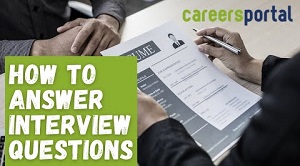