No Date Set for Teacher Vaccinations To Take Place

Teachers have finally received some response to the many calls for their vaccinations to be priortised. However, no date has been set for when these vaccinations will take place.

The Department has said that there has been no date set for teacher vaccinations yet.

In the latest DBE TV News Bulletin, the Department gave updates on what is currently happening in the school sector in the country. This covered the budget, teacher vaccinations, school closures due to Covid as well as racism in schools.

The Department has marked the vaccination of teachers as urgent and has been in discussion with the Department of Health on the matter.

No official date has been set yet for the vaccinations of teachers, support staff and officials. Vaccinations will commence as soon as vaccines arrive in the country.

Some teachers have already received their vaccine due to them being over the age of 60 and qualifying for phase 2 of the vaccine rollout. Kwazulu-Natal MEC, Kwazi Mshengu, recently got vaccinated and said:

As long as you're an educator, where's the problem to start? You can get what you need to be vaccinated.

The Northern Cape Education Department closed near to 100 schools in the last month due to Covid-19 infections. These schools had to be decontaminated before learning and teaching could proceed.

Northern Cape was one of the first provinces to experience the third wave of Covid infections.

The Department is concerned about the high number of infections among learners with them recording 276 positive cases of learners in just one week. The previous week had 186 which van der Merwe says, "shows that the infection rate amongst learners is quite high".

They continue to appeal to all school communities and parents to limit their children's movement and contact with other learners and friends "so that learners are not perceived as the carriers of the virus".

Many fear that learners carry the virus to teachers and from schools to their homes where more vulnerable individuals are.

"Us, as a department, we were ready. We had our standard procedures in place at all schools. We've trained school management teams in that regard. Learners know what to expect."

Cornwall Hill College has apologised for the slow transformation policies in the school following racism allegations being lodged against them. Learners and parents took a stand against the alleged racism present at the school by engaging in a peaceful protest.

Learners have called for an end to racism and inequality while parents call for the school leaders to put an end to all kinds of discrimination and racism and to also set out an inclusive increment for school transformation.

My first and most vivid memory of racism happened in this school. I was told at break, when a teacher stopped me, she had a big frown that encompassed her whole face and she looked me dead in the eyes and said 'your hair is unpresentable, it is messy'.

This then made the learner think there was something wrong with her hair and she was uncomfortable with wearing her natural hair to school.

"Now, when I look back I get angry. I'm angry that anyone would dare tell a child in Africa that their African hair is unacceptable and with that, I'm angry that I was stripped from my African identity and that was one time, one moment, one person."

She then went on to say that her and her peers were not allowed to speak their home language and were forced to have lessons taught in Afrikaans.

Panyaza Lesufi, Education MEC in Gauteng, said, "racism ends here" and pledged that no one would be disrespected like that from now on, on behalf of the school.

Minister presented the budget vote which relates to work done in the country in the Basic Education sector. The budget is made of R288 billion which covers both provincial and national departments.

This budget is 2.4% less than last year's budget. 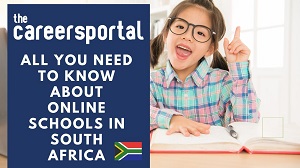