Motshekga Given One More Chance To Make Things Right

Equal Education sent a letter to Minister Motshekga, following the report that the Minister submitted to the court on Friday. The organisation feels that the report was of poor quality and did not give many details of how the programme would work.

Last month, the court ordered Minister Motshekga and eight provincial MECs to submit a report by 31 July, explaining how the Basic Education department would roll out the national school feeding programme.

Provincial MECs failed to meet the deadline, and this makes Equal Education worried about the 9,6 million learners who rely on the school feeding programme.

"We believe that the plan filed by Minister Motshekga is not detailed enough to guide the roll out of the NSNP at this time when learners depend on it more than ever. According to our courts, when it comes to  the qualified socio-economic rights such as the rights to, healthcare, water and social security, a “reasonable” plan must:

"The [existing] plan already makes excuses that there won’t be enough money to continue to roll out the NSNP in November and December, but does not mention how her department will solve this."

They have asked the Minister to fix her plan by 7 August, and are calling for the education department to communicate more with learners about the feeding programme.

"The DBE and provincial education departments should strengthen their communications efforts so that learners and parents/caregivers know:

Another concern is the quality of the food parcels, as some schools have reported that the meals do not have enough nutritional value.

“School communities are telling us that the quality of some food parcels is shocking. They do not contain all the necessary food groups (starch, protein and fruit or vegetables) and cannot be considered nutritious.”

Equal Education said it will continue to check in on the minister to make sure the court order is followed.

"Nothing is more undignified than starvation. And as the judgment says, hunger is an issue of justice." 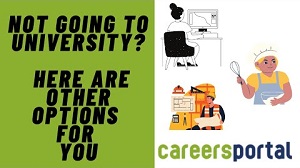