Grade 12 learners were the first to return to school this week, as the government rolled out the first phase of its plan to reopen schools. More grades are expected to be phased in throughout August, but some local paediatricians want the government to speed up the process.

The Paediatrician Management Group (PMG) and the South African Paediatric Association (SAPA) want the government to open schools to all learners.

“Those school communities which are at risk, either due to high local transmission rates or poor infrastructure, should be identified and supported immediately to mitigate their risks so that they can reopen as soon as possible,” said paediatricians.

The groups are calling on the government to make sure that all learners have the correct equipment to continue learning even when schools are not able to open.

“Where schools are unable to reopen, the Department of Basic Education (DBE) must still ensure that all learners continue to have adequate academic material via radio, television, cell phone applications and all other means necessary. Educators must be held accountable for providing ongoing academic support and material at all times."

The report found that:

“Based on the government’s current plans, by the end of Term 2 (August 7) South African children will have lost between 25% and 57% of the ‘normal’ school days scheduled up to that point as a result of Covid-19 school closures.”

Western Cape Education MEC, Debbie Schäfer is among those who are not impressed with the government's decision to announce a 4-week break for public schools.

“I was in favour of a two-week break, recognising that many of the teachers worked throughout the lockdown and a break would give them a chance to recharge and reduce anxiety levels, but a four-week closure is against the interest of learners and is not based on the medical evidence currently available,” she said.

Schäfer responded to unions who wanted the government to close schools until the end of covid-19 and provide learners with devices for online learning.

“It is also unrealistic to expect e-learning devices and broadband to quickly be rolled out to those who do not have it. It is something that requires a huge amount of money, which is not available, as well as detailed planning, which takes a lot of time."

“Certainly, parents who have the means to provide internet access and supervision may be able to keep their children up to date with school work, but we cannot simply forget the learners whose parents do not have these resources and who need to go back to work at a time when jobs are precious.

Schäfer supported the findings of Dr Michael Ryan of the World Health Organization.

“The evidence we have is that schools do not expose learners and staff to a higher level of risk than other places. Closing schools again will have a devastating effect on children for years to come." said Dr Ryan.

Recently, Minister Motshekga said her department was using the advice of experts as a guide on how to handle schools during the covid-19 pandemic.

She said her department was using this time to prepare itself, as it had come across many challenges it had not seen coming.

Motshekga stood by her department's decision, as she said the decision to close schools was not influenced by a rise in infections. 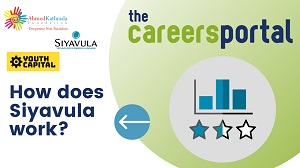