More Learners Drop Out of School Due To Covid-19 Disruptions

More younger children have been reported to be dropping out of schools often as the Covid-19 pandemic becomes the emphasized cause by the Department of Education.

The Department of Education has reportedly been hit especially hard by Covid-19 pandemic which is causing disruptions in the schooling system.

The younger children expected to have been at schools are increasingly dropping out in bigger numbers.

The Programme Director of Zero Dropout Campaign, Merle Mansfield, says in some households, going to school is not a priority under the pandemic.

We are seeing that the impact the pandemic has had on households and the economic circumstances of households, it impacted the learners ability to hold connection to school, so the priorities in terms of returning to school and attendance may not be as high for some families.

The Zero Dropout Campaign is also working to bring awareness to the lack of learning equipment by learners from poorer homes who have experienced learning gaps due to disruptions.

The Advisor to the Department of Education Professor Martin Gustafson has also come out refuting claims that sending children to school could endanger the communities.

There hasn’t been any data proving that learners could pose a threat to elders at home and could infect them as a result of attending school, said Gustafsson. Adding that children still socialize with their peers even when they are not at school.

This comes after an alarming survey done by NIDS-CRAM said over 500 000 younger learners between ages of 7 and 14 years dropped out of the schooling system. Gustafsson said the Department of Education data is more reliable as it sits with herd count of the individual learners data.

Mansfield also said when children are not at school for a longer period, they forget concepts and stressed that the foundation phase is important in future studies such as tertiary education.

The Department of Education has however opposed the NIDS-CRAM data claims of 500 000 saying the model used for the data was incorrect.

The department claims to have lost only 10 000 learners in the schooling system of the younger age due to Covid-19.
Mansfield said schools and communities need to establish clear communication for inclusive support for the benefit of the learners. 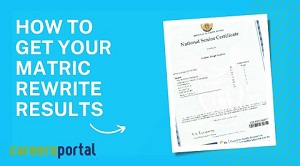