Minister of Higher Education, Science and Technology Blade Nzimande ​​​​​​ addressed the National Assembly this week and spoke of many achievements and plans for higher education in South Africa. He spoke on student housing, postgrad funding, NSFAS and other topics related to higher education.

Minister Nzimande has had a lot of work come his way this year already with many protests being launched as well as fuel being added to ongoing issues. Minister of Higher Education, Science and Technology, Dr Blade Nzimande, updated Parliament on Tuesday, on the state of readiness for the 2020 academic year.

In a country where we are plagued with bad news, it's nice to hear some good things the country is doing for it's citizens and youth. With an employment rate of  more than 50% for youth, it's important that South Africa produces more graduate and ensure that those leaving matric become qualified and therefore have a better chance at employment.

To increase the amount of graduates and resources in South Africa, three new universities are on the way in South Africa along with the constriction of a number of TVET colleges and skills centers. To further outline the achievements in higher education, Nzimande also announced that for 2020, R35 billion has been released for NSFAS and to NSFAS beneficiaries and they have helped 700,000 students get funding for their studies.

Nzimande also mentioned the R4,3 billion that was found as a 'total irregular expenditure' at NSFAS and says they are working towards fighting against fraud and corruption in the system.

Another issue that is present in higher education is that of funding of postgraduate studies. Students are able to be funded by NSFAS for undergraduate programmes and find bursaries more accessible. However, postgraduate students don't have the NSFAS option (only a small select few) and find it difficult to find funding for their studies, even with the option of the National Research Foundation (NRF).

Government has set out many goals and procedures for the future of Higher Education and South Africa hopefully has resolution and growth in it's coming future. 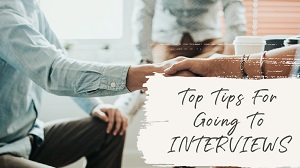