Minister Is Unhappy About Delay Of Laptops From NSFAS

Minister in charge of Higher Education, Blade Nzimande, has said that he is unhappy when it comes to the procurement of laptops for students which is being run by the National Student Financial Aid Scheme. The Department is now questioning whether the process of procuring laptops for students is still needed.

Minister in charge of Higher Education, Blade Nzimande, has said that he is unhappy when it comes to the procurement of laptops for students which is being run by the National Student Financial Aid Scheme. The Department is now questioning whether the process of procuring laptops for students is still needed.

I'm not happy about the fact that this process is delayed.

During a meeting with the Portfolio Committee for Higher Education, the Minister also responded to accusations that the Minister interfered in the tender process for laptops and said, "I want to make this clear. The laptop process was driven by NSFAS which means the accounting officer and the accounting authority for NSFAS, which is Dr Carolissen, is the one who was responsible for the entire process".

"I tried single-sourcing and failed. I am open about that. I was concerned that these laptops must come sooner rather than later," said the Minister.

Nzimande said he had been informed by NSFAS administrator Randall Carolissen that the phase one of the procurement is finished without finding a relevant service provider.

He also said that there are Universities who have indicated that they will wait for NSFAS to deliver laptops.

Nzimande responded to a member of the Portfolio Committee and said that they are not dependent on the devices for learning and that "we actually embarked on multi-modal learning".

The NSFAS Administrator has not told Nzimande about the other issues he's having, said Nzimande, and said that they are right to dismiss the issue of 'the hand of God'. It was made clear that this does not refer to procurement of devices but rather concerning NSFAS applications.

The 'hand of God' situation was brought up by the National Education, Health and Allied Workers' Union who told the portfolio committee two weeks ago that NSFAS applications for students get lost in the system and that there is no explanation for it. They then came up with the term 'hand of God' in this way.

Government has said that they are still dealing with the issue and that NSFAS has given them an explanation which they plan on dealing with.

Due to this statement, Committee chairperson Philly Mapulane, then said that the question that could be asked is whether this procurement process is still needed due to laptops not being needed for this year, except for the 32% of University students who still need them. The procurement of laptops for students was announced in April.

This thing has been a headache. There's been a lot of delays which we say, and the Minister agrees with us, these delays are unacceptable. Completely unacceptable. If the Universities can do it in a month, it takes us six months to procure and we're not even done yet ... Is it still necessary for us to continue with this headache when in actual fact there is no longer a need.

Acting deputy director general for TVET education, Aruna Singh, said no college had issued laptops. She said the procurement and distribution of laptops would not make sense to the 2020 academic year as the students would soon write exams and some won't be returning next year.

TVET Colleges have indicated that they don't need the devices for this year and that they will be used during the 2021 academic year. Mapulane said further, "There is a need next year for TVETs but not as a part of saving the 2020 academic year but as part of the normal allocation of the gadgets to the students."

The Minister, along with NSFAS, has received much scrutiny on this laptop procurement process and to this, Nzimande says we should look at progress instead such as the R35 billion going towards NSFAS in a year and that South Africa is the only developing country supporting education in this way. 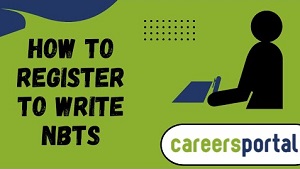