Minister of Higher Education, Blade Nzimande, has detailed when Universities will be completing the current academic year as well when they'll be starting the next. Surprisingly, these dates might not be what we originally thought they would be due to the pandemic.

Minister of Higher Education, Blade Nzimande, has detailed when Universities will be completing the current academic year as well when they'll be starting the next. Surprisingly, these dates might not be what we originally thought they would be due to the pandemic.

The current academic year has had to be extended due to the Covid-19 pandemic and the resulting national lockdown.

Nzimande said that Universities and staff and students responded positively although in different places depending on each institution's circumstances.

The Department is said to be closely monitoring the situations at the Universities.

25 Universities are set to start the 2021 academic year in March 2021 while the one other University will start in April of 2021.

Three Universities which are Rhodes University, University of Mpumalanga and North West University plan to complete the academic year in January.

This aligns well with the release of the basic education national sen cert results which are expected to released on the 23rd of Febrary 2021.

The Minister was addressing the public on the latest developments in the higher education sector today with the Deputy Minister, Buti Manamela, present.

"Despite the crisis that Covid-19 caused, valuable lessons have been learned. We have again been starkly reminded of the high levels of inequality that is in South Africa generally as well as in higher education," said the Minister.

During the switch to online learning, it was seen that the better developed University were able to navigate the severe operating challenges with less difficulties than the historically disadvantaged Universities could. Some students have however struggled to access these learning methods due to being disadvantaged. The past is impairing students' abilities to fully take advantage of the new learning methods, explained the Minister.

A positive of this shift was however seen in the way that a number of Universities showed better student performance in academics compared to previous years. The Department then interrogated reasons for this.

Their research then proved that the multimodal blended teaching plan which was put into place has worked and has improved results due to students being allowed to study and do their work more flexibly and in more different ways. The implementation of new teaching methodologies also had a positive impact.

The multiple assessment methods which had to be used also contributed to students having better results.

With all these positives, the Minister insisted that blended learning must become a part of future higher education learning systems. He therefore intends to set up a ministerial task team to develop strategies to make online learning a permanent feature. 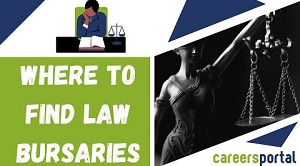