Millions Spent On Disinfecting Schools To Be Investigated

With reports of corruption and suspicious activity within government being reported on daily, the latest report that millions of rands was used in Gauteng schools on disinfection is now raising questions.

With reports of corruption and suspicious activity within government being reported on daily, the latest report that more than R430 million was used in Gauteng schools on disinfection is now raising questions.

Gauteng's Education MEC, Panyaza Lesufi, spoke on the matter as he is unhappy with the large number and said:

I think it happened purely because we are really under pressure to monitor some of the transactions and to check other things correctly ... authorities were not co-operating.

Lesufi says he then went on to ask the HOD to compile a report and was taken aback by it.

"We are working around the clock because there is already a proclamation on PPEs with the SIU so that I can request the law enforcement agencies to go through this account so that we can understand it better," continues Lesufi.

The MEC is dissatisfied with the report and wants people to be held accountable.

The millions being spent seems to be a combination of many factors, explains Lesufi. He also says there was immense pressure when it came to someone testing positive for Covid in the sector.

Some teachers refused going into classes until they were disinfected, along with learners.

The external investigation will check whether there was a value for money, if the services were needed.

They will also be checking whether the service provider charged an accurate amount and if not, those responsible for the procurement will then have to account for their actions.

I don't want to avoid taking responsibility. I would take responsibility indeed if there were wrongdoings but the reality is that we are compelled by law that as political office, we must stay far from this matters of procurement.

Those who are obliged to stay away from procurement processes are however usually the first ones to be blamed when suspicious activity comes up as Lesufi explains, "we are accused of neglecting our responsibility".

He believes that those who have procured these services must step up and explain. He also is considering bringing in the Auditor-General to investigate further.

"I will not hesitate to act and I will act decisively" 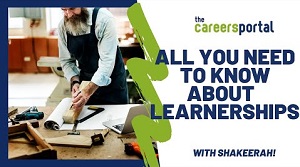