Matric Marking Is Days Ahead Of Schedule

With the department nearing the end of this years Matric marking session, they are said to be ahead of schedule which further motivates there being no delay in the release of results.

With the department nearing the end of this years Matric marking session, they are said to be ahead of schedule which further motivates there being no delay in the release of results.

Director-General (DG) of Basic Education (DBE), Hubert Mathanzima Mweli, gave an update on the marking of matric scripts following the conclusion of his visits to all 181 marking centres.

The assignment is almost completed, three to four days ahead of schedule, which gives us enough time to capture the marks of each learner.

Some provinces, including Gauteng, Limpopo, Northern Cape and Kwazulu-Natal, have already completed their marking. The other provinces have mostly completed.

"We carried out this marking against all odds," said Priscilla Ogunbanjo, the Director for Examination and Assessment.

For us to conclude the exam marking of 2020 against the background of Covid risk alert level 3, I think it is really something to be grateful for and we are very grateful that at least we can finalise and release results to our candidates.

The sector has suffered many losses during this marking season with chief markers and internal moderators having lost their lives.

The department is providing support in offices where there are limited staff.

At least 94,6% of the 45 272 markers reported for duty. 0,7% of these markers have tested positive for Covid, either on arrival or shortly after marking began.

We are eternally grateful to each and every marker. I saw them working tirelessly in the morning until the evening and in some instances going even beyond the stipulated time in our centres.

2463 markers withdrew for various reasons. 1736 of these markers were replaced. All markers weren't replaced as scripts received were less than expected in some provinces.

"Numbers who have tested positive is not alarmingly high, especially if you compare it with what is going on in the rest of the country," said Ogunbanjo.

As for marker deaths, KZN had 3, Gauteng 1, Limpopo 1, Western Cape 1 and at the DBE Centralised marking centre there was 1 as well. This brings the total of marker deaths to 7.

Loadshedding caused little to no disruptions during marking.

Mweli is also heading the standardisation process which is being prepared for now as well as getting qualitative inputs. This is done so that they can see how learners encounted the paper now that they have marked them and have the results.

Marking commenced on 4 January and is expected to end on 22 January.

Most marking centres are packing up now as mark capturing is in process. Pre-standardisation processes have already been done and then the Department will present to Umalusi on irregularities on 12 February and how they managed it.

After Umalusi approves the results, DBE will then release the data to higher education.

The Minister will release the results on 23 February. 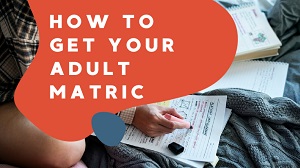 Stadio Courses You Can Apply For

Stadio is a compilation of four highly prestigious institutions – Southern Business School, Embury Institute for Higher Education, LISOF, and Prestige Academy – with a collective experience of over 100 years in the education sector.

How School Infrastructure Has Been Improved

School infrastructure problems have been a long-standing challenge within the country's basic education sector. Despite this being the case, the Basic Education Department has recently given an update on the progress made in response to this challenge.