Today is the first day of the third term, even for those schools affected by looting in Gauteng and Kawzulu-Natal. Keep reading to find out how this went and the plans the department has to recover.

Schools which were looted and damaged in Gauteng and Kwazulu-Natal are not being left behind today as schools open their doors to learners for the third term.

During her briefing this past weekend, Department of Basic Education Minister, Angie Motshekga said that the 190 affected schools are making arrangements to ensure that they open on 26 July with the rest of the schools around the country.

The department has said that they'll be setting up mobile classrooms and that many of these schools are still usable.

A preliminary report showed that the damages come to a cost of R300 million.

"[What is] Saddening is that most schools were left with serious structural damages, which would place the safety of learners and teachers at risk," says Motshekga.

She says that schools, community leaders and unions will be working together to urge people to safeguard schools and prevent damage that may negatively affect learner's education.

KZN Education MEC, Kwazi Mshengu, said that schools are reopening in the province and that they are ready for it. The provincial department is said to have done work to ensure that this reopening is successful.

"We have done all the preparations to ensure that our schools remain a safe environment for teaching and learning," Mshengu added.

Mshengu said that they are making sure that schools in Phoenix, Chatsworth, Pietermaritzburg, Umhlanga and other affected areas are safe and open.

All our schools will be open and we will not allow anyone to disrupt teaching and learning ... Learners will be safe at our school.

As for Gauteng, the province's Education MEC, Panyaza Lesufi, said that schools in the province are at 98% for readiness but that there's concern about high schools still using the rotational timetable.

Parents, educators & learners; our schools are ready for the start of the Term 3 tomorrow. The safety of our educators, non-teaching staff & learners is paramount & our COVID-19 screeners are ready to ensure teaching & learning occur in a safe environment.

The province has acquired almost 400 mobile classrooms. He doesn't seem to be confident about the curriculum being completed but instead said that they "have to accelerate and go as fast as possible".

Schools in both provinces will be providing psychosocial support to teachers and learners who need it.

139 schools were affected in KZN with another 53 in Gauteng.

Steve Miller from Save The Children is calling for government and businesses to intervene and assist the affected schools and pupils. The latest violence only worsened an already devastating state where over 1700 schools needed repairs already.

He says, "if we provide the right support, we can get these schools in shape".

Miller says we are in an education emergency in the country and that the safe return of learners is now most important.

A message from the MEC for Education KZN Mr Kwazi Mshengu regarding the reopening of school on the 26th of July 2021.#KZNEducation #GrowingKZNTogether pic.twitter.com/ED3mcS0aCZ 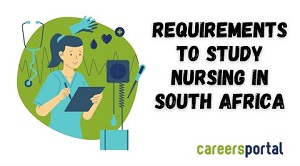