Deputy President David Mabuza says South Africa should use Human Rights Month to reflect on the dreams and aspirations of Madiba, which include the respect of basic human rights and commitment to the rule of law.

“All South Africans have a responsibility to promote freedom and defend our democracy in honour of Madiba’s life-long commitment to these ideals. President Mandela is our guiding light for the type of society we are building and people we aspire to become. Madiba advocated for human rights for all and believed that to deny people their human rights is to challenge their very humanity,” Deputy President Mabuza said.

The Deputy President will on Wednesday lead the national Human Rights Day commemoration in remembrance of the 69 protesters, who were killed by apartheid security forces during the anti-pass law protest in Sharpeville, Vereeniging.

The incident famously known as the Sharpeville Massacre took place on 21 March 1960 after thousands of anti-apartheid activists from Sharpeville and across the country protested against racial pass laws, which violated the basic human rights of black people.

The 21st of March was declared in the new democratic era as Human Rights Day to honour those who fought for liberation and to celebrate the many rights guaranteed under the Constitution of the Republic.

This year’s national Human Rights Day commemorations, held under the theme ‘The year of Nelson Rolihlahla Mandela: Promoting and Deepening a Human Rights Culture across Society’, coincides with the centenary of the late and former President Nelson Mandela.

As South Africans commemorate the Sharpeville Massacre and remember the ideals of President Mandela, Deputy President Mabuza said government recommits itself to promote and protect the human rights and dignity of all people, particularly socio-economic rights such housing, water, education, and healthcare as reflected in the Bill of Rights.

The Deputy President called on South Africans to work together to build a more inclusive economy that truly reflects the demographics of the country to ensure equal economic rights.

“The economic freedom of millions of South Africans will give effect to our hard fought human and socio-economic rights. Together we must support redistributive measures that enhance the standard of living and quality of life for all. Working with business, labour and the community sector we have to change drastically the ownership, control and management of the economy.

Unite in fight against racism

He also called on South Africans to unite in the fight against racism‚ racial discrimination‚ xenophobia and related intolerance on all fronts.

“Together we can confront racism and move our country towards a completely non-racial society. Government calls on all South Africans to use Human Rights Month to foster social cohesion, nation building and our national identity.” 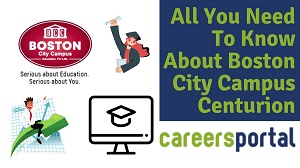