Jobs Are Created For Youth In KZN

The KwaZulu-Natal youth empowerment programme has created more than 130 000 jobs, despite the economic decline caused by the COVID-19 pandemic.

The youth empowerment programme, also known as Sukuma 100 000, is executed across all provincial government departments, including partners in the private sector and State-owned entities.

In 2020, the KZN youth empowerment programme began its ambition to create 100 000 job opportunities for those seeking jobs.

On Friday during the State of the Province Address (SOPA), the KwaZulu-Natal Premier Sihle Zikalala announced that they "created 137 000 jobs under Sukuma 100 000, surpassing the target."

Various programmes within the empowerment programme include learnerships, internships, apprenticeships and in-service training.

The KZN Premier stated that the provincial government has transformed a devastating situation into an economic opportunity and helped local industries.

One of the beneficiaries of the Youth Fund is Gelanison Agric, an agricultural initiative that produces high-value crops using the hydroponic system.

Gelanison Agric, a project situated in Ndlangubo in the uMlalazi Municipality, was awarded R2 million from the Youth Fund towards the erection of 10 greenhouse tunnels, water sourcing and fencing for the five hectares of land the project stands on.

Once it becomes fully operational, the project is expected to employ approximately 30 permanent staff and 20 part-time youth.

Another beneficiary of the Youth Fund is AdNotes, a telecommunications company, which was awarded R857 000.

AdNotes is 100% black and youth-owned, providing internet services in the Ugu and King Cetshwayo Districts, and eThekwini Metropolitan. The company has also managed to employ nine permanent staff. - SAnews.gov.za 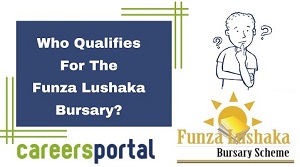