Is Level One Going To Be The Cause Of A Second Wave?

Many fear that now that South Africa has officially moved into Level 1 of lockdown, a second wave of Covid-19 will be seen and the battle will start all over again. Prof Shabir Madhi, from Wits University has given us a look into whether a second wave will occur and also where the country stands with the vaccine.

Many fear that now that South Africa has officially moved into Level 1 of lockdown, a second wave of Covid-19 will be seen and the battle will start all over again. Government has issues many warnings to South Africans to remain vigilant to avoid this as a resurgence in cases could have an even more detrimental effect on the country.

South Africa has suffered many trials and tribulations, much like the rest of the world, since the beginning of the national lockdown.

Vaccinology and infectious disease expert, Prof Shabir Madhi, from Wits University, shed some light on what could be next for South Africa. He said that this move to level 1 does not mean that we can go back to a pre-Covid type of lifestyle.

He places importance in the avoidance of mass gatherings because those are the situations that could be seen as a super-spread event. This means that if there is just one person infected, a whole lot of others could get infection and an explosion in cases will be seen.

"One third of South Africa's population has been infected," said Madhi.

Having visitors enter the country is also a risk but won't contribute to a resurgence. He has however said that a resurgence will probably be seen between the end of January and the beginning of February. This could be due to people becoming complacent during the festive period.

Many people have been affected by the virus in South Africa. However, actual numbers recorded ended up being much less than the numbers projected.

There has been a reduction in cases and transmission.

Another interesting point mentioned by the Professor was that those individuals taking part in the vaccine study were shown to no longer getting infected as quickly as expected.

"I am fairly optimistic that at least for one or two of the vaccine studies that are currently underway, we probably will get an answer this year as to whether the vaccine is safe and can protect against Covid-19," mentioned Madhi.

The Professor, who is leading the vaccine trials, has said that there is not any certainty as to when South Africa will gain access to a vaccine from across the border. Countries have already been purchasing vaccines that don't even exist, he said, and that the first few hundred million thousands vaccines are already spoken for.

The University of the Witwatersrand has continued their participation in the Oxford Covid-19 vaccine trial that are currently being done. The trials were suspended when one participant in the United Kingdom having experienced a 'medical event'.

Even though South Africa accounts for half of the infections in Africa, the country has been commended for it's declining infection rates. 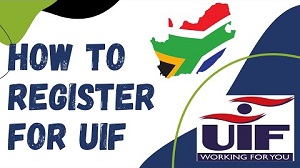