How School Infrastructure Has Been Improved

School infrastructure problems have been a long-standing challenge within the country's basic education sector. Despite this being the case, the Basic Education Department has recently given an update on the progress made in response to this challenge.

The Department of Basic Education (DBE) reported on the status of the Accelerated School Infrastructure Delivery Initiative (ASIDI), stating that there were 332 schools in need of infrastructure upgrades, 302 of which have been finished, and 30 schools remain on the backlog.

Additionally, the department further stated that there were 1 272 schools that needed water supply upgrades, 1 224 of which were finished, and 48 schools that were still on the waiting list.

There were an additional 1 053 schools that needed sanitary upgrades; 1 038 of them were finished, leaving 15 schools on the backburner. All 373 schools' electricity has been turned on, and four schools' fencing has been upgraded.

According to the Department of Basic Education, provinces are responsible for school infrastructure improvements because they must identify requirements and implement programmes to meet those needs.

Instead of taking over the programmes, the national Department's responsibility is to figure out why provinces are having problems. The National Treasury provides funding to the provinces, and the provinces administer these programmes.

While presenting the status of the DBE’s SAFE and ASIDI programmes, the Department’s Deputy Director-General of Infrastructure, David van der Westhuijzen, said that the ASIDI initiative was established in 2011 to overcome a backlog in the replacement of schools constructed completely out of inadequate materials.

The School Infrastructure Backlog Grant (SIBG) was formed to fund this programme, and the Treasury Department recently stated that the SIBG would be phased out by the end of this fiscal year.

In terms of ASIDI's progress, he stated that there were 332 schools in need of infrastructure upgrades. A total of 302 schools have been completed, with a 30-school backlog. There were 1 272 schools that needed water supply upgrades; 1 224 of them were finished, leaving 48 schools on the waiting list.

Van der Westhuijzen further stated that schools that needed sanitation upgrades were 1 053; up to 1 038 were completed, and the backlog is 15 schools. All electricity supply in 373 schools and fencing upgrades in four schools were completed in all schools respectively.

The Deputy Direct-General also noted that renovating 1 500 schools in a year was a huge undertaking, especially considering that ASIDI only did roughly 50 to 100 schools per year when it first started. The technique was scaled up to 500 to 700 schools every year as lessons were learned, visiting almost 1 000 schools last year. 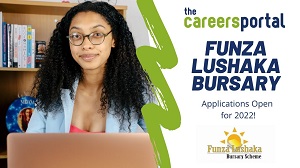