How Far Are The SASSA R350 Grant Appeals?

Lindiwe Zulu, the Minister in charge of SASSA, has explained where the appeals process for the R350 grant is at and how they are being processed. The Department of Social Developmnt and SASSA has had to take a close look at their operations after the Auditor-General's report found many negatives.

SASSA asked that rejected applicants appeal for the R350 grant. Many have now wondered what will happen when the National State of Disaster ends. Calls have come for a 'Basic Income Grant' to be implemented due to the dire economic situation which has been made worse due to the pandemic.

Those who were rejected have a process which they have put in place for them to come back again.  If you wish to send in an appeal, Appeals can be done on the SRD website.

There may be people who were rejected due to already being a beneficiary of another grant or receiving income through another database.

"It's not only the R350 grant we've been working on, it's all the other grants and the increases that were made in the other grants. So when those that had to apply for the R350, we realised that there were a lot of rejections", said Minister of Social Development, Lindiwe Zulu.

They then needed to develop a system outside of SASSA in the Department of Social Development so that they could check why so many people were rejected, she explained further.

To apply for the Special Relief Distress (SRD) grant, you had to make sure that you are not on any other social grant and it was found that this too played a role in the many rejections.

The Department also made sure to have a system in place that would not, as the Minnister said, get them in trouble with the Auditor-General. This comes after the AG's report showed that thousands of people who were not supposed to receive the grant, did.

"We are pleading with our communities. We understand and appreciate the dire situation that people are finding themselves in but when only said and done, the R350 was meant specifically for people who were unemployed," said Zulu.

On this though, Zulu said, "If you look at the 30 000 against the 5 million that have been paid, you then realise that at least your system was able to protect many people".

When asked about the effectiveness of the appeals process from SASSA's side, Zulu responded with saying that it is important to remember that the Department handles appeals and not SASSA. She also said that her Department is doing the best that it can but "not adequate, not enough" because it's a new set of work that's being done.

Dealing with appeals is a manual process which Zulu says is difficult and that there are less people working on it than there would have normally been due to safety protocols having to be followed.

The R350 grant will come to an end this month in October. 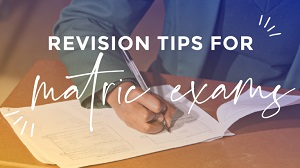