The national vacancy rate within government has declined to 6.2%, an improvement from the 7.6% of the previous quarter.

The report, outlined by PSC Commissioner Michael Seloane at a media briefing, showed inroads being made in the public service on critical matters including human resource capacity and anti-corruption measures.

“During the period ending 31 March 2018, the vacancy rate at national level decreased to 6.2%, which is an improvement from the previous quarter, which was 7.6%,” said Seloane.

The improvement is attributed to the reduction in the vacancies within the South African Police Service (SAPS), which was 9 146 vacancies in the previous quarter and now at 4 598 vacancies in the last quarter.

Other departments with improved statistics include the Department of Higher Education and Training (DHET), which had 1 943 vacancies. Vacancies have been reduced to 1 781.

Human Settlements, which had 186 vacancies in the previous quarter, have reduced their vacancies to 49 in the last quarter.

“Within the Eastern Cape, the reason for the improvement from the previous quarter was due to critical posts in the Departments of Health and Education sectors being filled,” said Seloane.

In the previous quarter, there were 30 645 vacancies in the Departments of Health and Education. In the last quarter, this was reduced to 27 228 vacancies, which means that 3 417 posts were filled in these critical sectors.

With regard to national departments, the top four departments with the highest vacancy rates are:

“The 40%, 39% and 23% vacancy rate of officials respectively is more than the average national standard of 10% vacancy rate,” said Seloane.

The commissioner said the PSC has noted that there seems to be a lack of control with regard to public servants exiting the public service through resignations, where there is “cashing out of their pensions and thereafter being reappointed into the service”.

Seloane said the trend needs to be further investigated with the Government Pensions Administration Agency (GPAA) and the Department of Public Service and Administration, as there is a long term risk for public servants who are engaging in this practice. – SAnews.gov.za 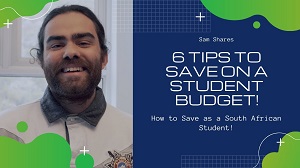