All South Africans are now waiting for the President to announce Lockdown Level 1. This comes as we see government consider the easing of further regulations with many experts saying that Level 1 is coming soon.

The country now waits for President Ramaphosa to announce SA's move to Level 1. Many, such as Health Minister, Zweli Mkhize, and Chairperson of the COVID-19 Ministerial Advisory Committee, Professor Salim Abdool Karim, have said that the country could see this move happening soon. They have also discussed the possibility of restrictions being lifted.

There is speculation that the President might be discussing the move today in his meetings with the National Economic Development and Labour Council. This meeting is set to include ministers, leadership of local government as well as premiers. Many are also expecting Ramaphosa to address the nation this week.

South Africans would also expect the President announce further easing of the regulations as the country consistently reported low infection rates for the past month.

The Health Department has said, "Having observed evidence that suggests a sustained decline in transmission, we have considered easing restrictions in various aspects for Level 1".

Regulations which might be eased is a lifting of the curfew, easing of alcohol sales regulations, having more people be able to attend religious gatherings and easing of travel restrictions such as international travel.

Prof. Karim has said that the curfew and restrictions on alcohol are not needed and that the country is ready to move to Level 1 but that citizens should get used to the new normal because things will never be as they were again.

“We have to take the view that we’re not gonna get back to our old normal, so we’re gonna have to figure out what the new normal is, because that’s what we gonna have to have in place for a long time until we have a vaccine. And part of that new normal will be getting on much of what we do normally, but with taking into account our prevention strategies and with certain restrictions," he said.

SABC News reported, "The country has seen fewer hospital admissions and a decline in bed occupancy for COVID-19 patients."

"The number of detected cases countrywide continues to decline- since the 22nd of August we have reported under 3000 cases a day- at the height of the epidemic during the month of July we would report anything between 10 000 and 15 000 cases a day. Supporting this decline is also a demonstrable decline in persons under investigation, general ward admissions, ICU admissions, deaths and excess deaths. Consistency across these indicators reassures us that indeed we are in the midst of a trough in the pandemic," said the Health Department in a statement released.

The political party wants the curfew to be lifted, all sectors of the economy to be opened, international travel to be allowed and for a normal school week to be implemented.

“This severe and prolonged lockdown has plunged our economy, the lifeline of our society, into unprecedented crisis. We simply cannot afford the luxury of blanket restrictions on economic activity. Rather, government should trust people to take individual responsibility in line with clear safety guidelines,” said Steenhuisen.

As level 1 approaches, Government, the Health Department and experts continue to urge South Africans to tread with caution and to still follow safety protocols to keep the low infection rates as they are. 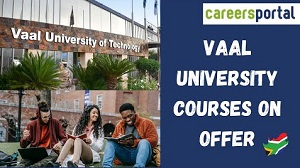