Panyaza Lesufi, the Gauteng MEC of Education, has received the preliminary report of the Special Investigative Unit (SIU) on the decontamination of Gauteng schools and has requested that it be made public to ensure transparency and accountability in dealing with officials who have been identified and implicated.

In three months, the Gauteng Department of Education has spent R431 million on school decontamination, which could have been used to eliminate asbestos schools and create more classrooms to alleviate congestion.

Mark Heywood, the Editor of the Daily Maverick, believes that "it is a welcomed step that they have identified a number of officials and suggested that these officials are guilty or irresponsible of all financial misconduct and should be a disciplinary inquiry into those officials."

However, Heywood is concerned that the disciplinary investigations recommended by the SIU may not be carried out.

The matter was referred to the SIU. In May the SIU announced that it had been granted an order to freeze 14 bank accounts and assets to the value of R40.7 million, belonging to 14 companies that had been irregularly appointed to do work in schools.

In June, the SIU again said it had been granted permission to freeze bank accounts – this time seven, worth R22.4 million, of companies that had been irregularly appointed by the department.

“The companies began dissipating the funds received from the Gauteng department of education, upon receipt. Traces of the funds show that the companies made large payments to unidentified recipients who have, in turn, disposed of them,” read an SIU statement at the time.

The SIU said 200 companies were appointed for the tender in a haphazard and unfair manner.

In the presentation the department made to the committee, it said that it was required to appoint an external legal practitioner or firm to review the report, formulate the charges and initiate them on behalf of the department.

“The department is also required to appoint an independent legal practitioner as the presiding officer of the disciplinary hearing. The HOD has considered the recommendations and has appointed an external legal team to evaluate the findings and its supporting evidence and to formulate charges against the identified officials,” reads the presentation, adding that Mosuwe was awaiting the legal advice on the recommendations.

On Wednesday, in a statement, DA spokesperson on education in Gauteng, Khume Ramulifho, said Lesufi needed to make the report public.

“We demand that MEC Lesufi make this report public for transparency and accountability to the people of Gauteng who want to know what happened, and the role played by the implicated officials during this process. This will ensure that those implicated are dealt with accordingly and that absolutely nothing is swept under the carpet, with the monies recovered…"

“The DA will continue to put pressure on MEC Lesufi to make this report public and to monitor the progress of implementation of the SIU preliminary report recommendations to ensure that those who are implicated are brought to book and they pay back every cent owed to the education of our children,” reads the statement.

Lesufi has maintained his innocence over the tender and said he was not aware of it and was shocked when he saw the contents of the report that contained information about it. -news24 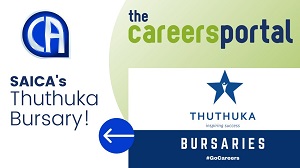