South Africa is set to receive the vaccine against Covid-19 in April, however healthcare workers are unhappy with this as hospitals are under immense strain.

Professor Heather Zar, a leading public sector paediatrician at Cape Town’s Red Cross Childrens Hospital, recently published a letter for a petition to call on the Department of Health to speed up the arrival of the vaccines which reads:

“We call on the Department of Health to act urgently, transparently and decisively now to obtain vaccines and to implement vaccination, so as to reduce death and illness, and bring the pandemic under control.”

More than 4700 people have signed the petition by the time of publication of this article.

Several of those who have signed the petition are well-known doctors, nurses and researchers, including Professor Francois Venter, former head of the Southern African HIV Clinicians Society, Professor Ntobeko Ntusi, Head of the Department of Medicine at Groote Schuur Hospital, Professor Lucille Blumberg of the National Institute of Communicable Diseases and Professor Helen McShane of Oxford University.

The letter notes the rapid increase in Covid-19 cases and the large amount of hospitalisations that have occurred as a result of the second wave of the coronavirus pandemic in South Africa. Professor Zar says that healthcare workers are concerned about the new variants of Covid-19 which may be more infectious and transmissable and put the healthcare system under even more strain.

"We ask the DOH to start by vaccinating frontline health workers, followed by those most at risk including elderly people and people with comorbidities."

"South Africa has a strong primary health care system. The success of the antiretroviral program shows what the health system is capable of. We are well-placed to implement vaccination," said Professor Zar.

"We need to save our Frontline workers, our professionals who are dying daily and who are an important cog in the wheel to keep the economy turning. We need to fast track the vaccines and we want transparency on all fronts." wrote Omi Nair who signed the petition.

Professor of Vaccinology at Wits University, Shabir Madhi spoke to GroundUp, criticising the health department’s vaccine procurement strategy. Madhi says the department had put all its eggs in one basket by only relying on the COVAX facility and leaving bilateral negotiations with pharmaceutical companies too late.

eNCA spoke to the Democratic Nursing Organisation of South Africa (DENOSA) on how frontline workers are reacting to the delay of the vaccine. DENOSA Gauteng Provincial Secretary Bongani Mazibuko says that the government has been reactive to the vaccine instead of proactive.

Mazibuko says if the government does not act quickly there won't be a healthcare system strong enough to take care of patients.

Healthcare workers are also not receiving enough protection as there have been issues with securing enough personal protective equipment (PPE) and PPE which is of a good standard.

Another petition has been started by the civil society organisations, known as the  C-19 Coalition. 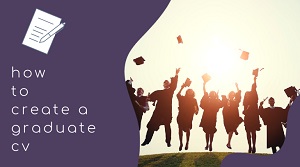