Equal education released a statement urging the government to acknowledge its role in creating the social crisis in the country. The organisation has asked that the government urgently provide social relief, including reinstating the COVID-19 SRD Grant.

Equal Education believes that "poverty and unemployment in a country with the highest wealth inequality in the world, and a government that fails to respond to the needs of its people," have caused the current civil unrest in the country.

The current lockdown regulations and pandemic, without receiving enough social relief from the government, has worsened the hardship that South Africans face on a daily basis.

"We condemn any political opportunism that exploits hunger and suffering and encourages criminality. We equally condemn the police and military using excessive force against our communities and the unleashing of force as the only proposed solution," read the statement.

The organisation believes that everyone in the country should be protected and accountable and responsible leadership should be demanded.

Equal Education stated that the lack and loss of jobs have caused "horrible suffering" for the marginalised in the country and eliminating the COVID-19 relief grant has made matters worse.

"President Cyril Ramaphosa has not recognised the government’s role in creating this social crisis, through the looting of public funds by politicians (even during a pandemic), and through anti-poor budgeting. Our government has cut funding for health, housing, social development and education, to reduce debt in response to the needs of global financial institutions – not the needs of the working poor," stated Equal Education.

As the looting and unrest spread throughout the country, access to grocery stores and hospitals is not possible and small businesses are destroyed.

The organisation stated that as a country "we must stand against this destruction that impacts the food security, health, and livelihoods of large parts of our communities" while guarding against the "excessive use of force and abuse of power that we have already witnessed" during the lockdown.

The government could lessen the extreme hardship in the country by:

The organisation urges the government to take note of these suggestions to help the people of South Africa. 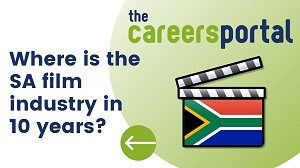