Following the tragic death of Eastern Cape pupil Avethandwa Nokhangela, Equal Education implemented a fact-finding process which was managed by the Equal Education Law Centre (EELC) which was set to conclude on Friday 28 May.

The organisation announced that an independent panel was appointed to review the fact-finding process handled by the EELC and to discover the circumstances around the drowning of Avethandwa.

The 15-year-old was a learner member of Equal Education. Unfortunately, while at a leadership camp at Palm Springs, which was held by the organisation, Avethandwa drowned.

According to Equal Education, the independent panel consisted of highly experienced advocates. Tembeka Ngcukaitobi SC, Frances Hobden, and Lunga Siyo sat on the panel and conducted the investigation.

The independent panel were responsible for the following:

The organisation stated that the independent investigation report will be handed over to the National Council of Equal Education to consider the steps forward.

However, due to the subject matter concerning minors, the organisation could not confirm whether the report would be published.

“We want to express again how very sorry we are for the horrible pain that Avethandwa’s family is in,” said Equal Education.

The organisation stated that “Supporting her family has been and continues to be our priority, and our deep care for her family and for our members, and our commitment to accountability, have guided all our efforts at this very painful time.”

“We believe that the compassionate approach – which was to prioritise support to the grieving family, learners and our staff – was the correct one in the circumstances. We also chose to respect Avethandwa’s family’s request for space after laying her to rest.”

“Not only would divulging details in these circumstances have been insensitive and uncaring; it would prejudice the EELC’s fact-finding inquiry and the work of the independent panel,” said the organisation.

Avethandwa’s family did not issue any statements for the fact-finding process, however, they were willing to participate in the independent investigation. 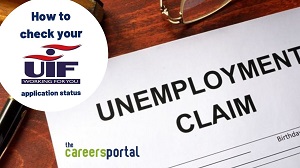 END_OF_DOCUMENT_TOKEN_TO_BE_REPLACED

Since the commencement of the 2023 Online School Admissions for Grades 1 and 8, the Gauteng Education Department (GDE) has reported successful application turnout figures. Applications are set to close in less than two weeks.