The Basic Education Portfolio Committee has expressed concern regarding the state of readiness for the reopening of schools in the Eastern Cape, as the province experiences shortages of teachers and delays in textbook deliveries.

Last week the Basic Education Portfolio Committee visited Gauteng, KwaZulu-Natal and Eastern Cape to assess the state of the readiness for the reopening of schools.

The committee then urged the national department of education to increase its efforts to ensure that everything is in place for the start of the year in the Eastern Cape province.

The committee welcomed the information that the Department of Transport has contracted service providers to transport 124 036 learners in 1 044 schools for three years. However there has been big concerns surrounding the delivery of textbooks and the teacher shortage in the Eastern Cape.

Committee chairperson Bongiwe Mbinqo-Gigaba said that the main concern was the non-completion of the delivery of learner teacher support material (LTSM) to schools who receive these through the department's system.

Speaking about the delivery of textbooks to schools, Mbinqo-Gigaba said:

“The availability of LTSM is critical in any teaching and learning environment. We call for the department through its service providers to expedite the delivery of LTSM to schools," said Mbinqo-Gigaba.

She said that more time was given this year to deliver the textbooks due to the delay of the reopening date but many schools were still awaiting the delivery of textbooks and stationery.

Mbinqo-Gigaba blames this delay on mismanagement.

“While the department assured the committee that delivery would be concluded by 15 February 2021, this was not reassuring, considering that schools where originally scheduled to start more than two weeks ago. It is a concern that the Eastern Cape system has a net vacancy of 1 595 teacher and school management team positions. This is worse in Alfred Nzo West district, with 135 vacancies, and Joe Gqabi with a 4% vacancy rate,” she said.

In terms of the shortage of teachers, 827 teacher vacancies need to be filled ahead of the beginning of the 2021 academic year.

More than 600 of the vacancies are due to resignations and deaths of teachers from Covid-19 related complications since the start of the pandemic.

Mbinqo-Gigaba says that it's not realistic that all of these vacancies will be filled before the schools reopen as processes haven't been put in place to make this happen.

Teacher unions want the department to fill these positions as soon as possible to avoid disrupting the academic year. 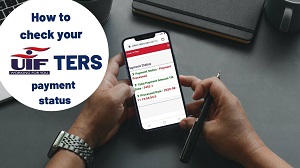