The Department of Education in the Eastern Cape has become concerned over the rise in Covid-19 cases especially among learners in the province, this comes after 89 schools have confirmed to have registered Covid-19 cases.

It has been a few weeks since schools in South Africa have reopened to commence the second half of the academic year and now concerns are being raised over the surge in the number of Covid-19 cases at schools in the Eastern Cape.

The province's Department of Education has noted that 89 schools have been confirmed to have registered Covid-19 cases with most of the cases located in the Nelson Mandela Metro followed by the O.R Tambo District.

The Eastern Cape Health MEC Nomakhosazana Meth says that learners at these 89 schools were infected with Covid-19 within the span of seven days. When she spoke in a briefing on Wednesday regarding the pandemic and vaccination rollout there were about 7 370 active Covid-19 cases in the Eastern Cape.

Meth said that the new threat to the efforts to contain the spread of Covid-19 had  “come in the form of outbreaks that have been reported at schools in Amathole, OR Tambo, Chris Hani, Sarah Baartman, Nelson Mandela and Buffalo City metros."

In response to this the Department of Health has tried to manage the outbreaks by increasing surveillance, screening and testing contacts as well as increasing the capacity to isolate people who are at high risk.

“The outbreaks in schools cannot be viewed in isolation from the communities where they are located. The provincial government appeals to the community leaders and other stakeholders to ensure the observance of the Covid-19 regulations under alert level 3,”-Eastern Cape Health MEC Nomakhosazana Meth.

The Eastern Cape Education MEC Fundile Gade says that the number of learners infected with Covid-19 were at around 1 341. Gade says that a trend showed that majority of these cases were coming from hostels and boarding schools.

"We are of the view [that infections] are either as a result of the social misconduct or behaviour of the people," says Gade.

He says that while sports activities at schools have not commenced learners are still playing sports outside of school and this is where they could be getting infected, as most of them are not observing the health and safety protocols. Some schools have been closed so that they were able to be deep cleaned says Gade.

Health MEC Meth says that while the overall number of deaths were decreasing the province was concerned with the high mortality rate among those people infected with Covid-19. Those living in rural districts were especially of great concern.

The World Health Organisation (WHO) has been called in to assist the Eastern Cape government and national health department in trying to figure out the factors which are contributing to the surge of Covid-19 cases and deaths and finding ways to reduce this.

People are encouraged to continue to observe strict Covid-19 health and safety protocols such as wearing their mask over the mouth and nose, maintaining social distancing in public spaces and washing and/or sanitizing their hands regularly. 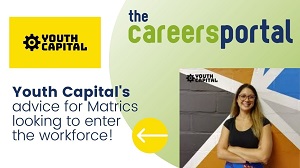