The Department of Basic Education says it plans to reduce the social distancing requirement to half a metre in schools. This follows reports that some schools in the country are unable to resume at full capacity due to overcrowded classrooms.

Basic Education Minister, Angie Motshekga has revealed that her department is planning to reduce the required distance between children to 0.5 meters in classes to accommodate more pupils.

Motshekga was speaking at a media briefing on Thursday, in Mangaung Free State following concerns about the department's plan to reduce social distancing in schools.

She says that based on the advisory she receives on the matter, the department explores all possible measures to ensure that all pupils are returned to school.

I have had advice where they say that in other countries, they still stick to a metre, but the advisory I have says that they don't see any difficulty with us reducing the social distancing and this is something which we have to engage with both the department of health, the National Corona Virus Command Council and the unions. I can't negotiate without anything in hand.

The Minister added that the department intends to look at various other measures as well. These may include the use of school Halls, platooning systems, rotational attendance as well as outside teaching if necessary.

Motshekga says that parents and school governing bodies want the children back in school without compromising their safety. She also confirms that some schools have been able to return at full capacity while others are yet to do so due to one-metre restrictions as well as the shortage of people to assist in keeping in learner line with social distancing.

Furthermore, the Minister says she cannot yet confirm the number of schools that have had to be shut down since the national reopening, but that the Free State has not had any.

They also mentioned that most high infection rates occur in surrounding communities rather than in schools. However, she noted that this was also the case in schools that have contact sports, which led to the decision to cut contact sports in schools.

Motshekga also said that tabling the 0.5 proposition to the Cabinet is a step by step process that requires consultation between the ministerial advisory committee, NATJoint and the National Coronavirus Control Council who table the proposal to cabinet.

The education Minister hopes to complete this process by the end of this month.

Grade R and 7 are the department's main concern as they form part of the senior phase and are likely to enroll in other schools. 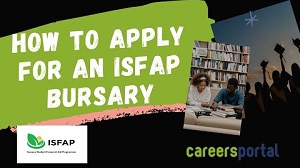