The Constitutional Court has given Unisa until the start of the 2023 academic year to revise its language policy. This comes after it found that the University's decision to scrap Afrikaans as a medium for teaching and learning was in violation of the constitution.

In 2016, the lobby group Afriforum went to court after the University of South Africa (Unisa) decided to phase out Afrikaans as a language of teaching and learning.

On Wednesday, the Constitutional Court found that this decision by the university was unconstitutional and ruled that Unisa did not demonstrate why it would not be reasonably practicable to continue with Afrikaans as a language of instruction at the institution.

It found that Unisa's decision to discontinue teaching and learning in Afrikaans was in contravention of Section 29(2) of the Constitution which deals with the right to receive an education in an official language or language of choice.

This comes after a five-year-long battle between Afriforum and Unisa, which has gone through the high court and the Supreme Court of Appeal (SCA).

The ConCourt has now given Unisa until the start of the 2023 academic year to revise its language policy.

Afriforum's Head of Cultural Affairs, Alana Bailey, says that the organisation welcomes this decision and that this is a huge victory not only for Afrikaans but also for all language groups in the country.

We hope that other groups will now also demand mother language education at a tertiary level.

Bailey says that similar court processes occurred at the University of Free State (UFS) and the University of Pretoria (UP), with the ConCourt ruling against Afriforum in the UFS case. She says that the reason why they had to follow through with the case at Unisa was because of "the unique nature of Unisa."

Bailey says this ruling by the ConCourt will make a meaningful impact in the lives of many students.

One of Unisa's arguments for wanting to scrap Afrikaans was that the cost of implementing the language as a medium of teaching and learning makes it detrimental to empower other official languages.

Bailey says that many students drop out of schools and universities because they are not being taught in their mother languages and that this cost of the dropout rate will outweigh the cost of accommodating more languages.

Unisa's attorney in the case, Mojalefa Motalane welcomes the ruling by the ConCourt which gives the university time to change the language policy.

He says that this time gives Unisa an opportunity to decide whether it will go back to its old policy or whether it will introduce a new policy which will be in compliance with the constitution.

"We'll have to monitor what Unisa is going to do. They have up until 2023 to implement the judgment so that's the next step in the process," said Bailey. 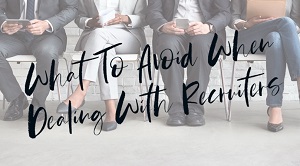