The Department of Basic Education (DBE) has faced difficult moments under the Covid-19 pandemic period. The disruptions throughout the different lockdown levels resulted in only a few grades being prioritised, leading to a higher dropout rate than in previous years.

In the light of a dropout crisis, Section 27 has sought to write an open letter to the Department of Basic Education (DBE) Minister Angie Motshekga.

The civil rights organisation seeks to engage the DBE through a children’s rights approach in order to prevent the alarming dropout numbers in the basic education sector.

Section 27 has touched on many issues particularly the inconsistences of the dropout numbers made available to the public.

The Conventional calculations from Wave 5 of the NIDS-CRAM survey revealed that between 650 000 to 750 000 pupils had not come back to school in May this year.

This means that an added 500 000 pupils are not in school when compared the period before the pandemic strike, which in 2018, stood roughly at 230 000 dropouts of pupils annually.

The department however came out in defence of its own stats citing that they have the actual individual head count of learners compared to the telephonic interviews of NIDS-CRAM survey method.

Stats released by DBE on the rate of pandemic dropouts in South Africa differed vastly from the NIDS-CRAM data, indicating a much lower number of dropouts, with initial findings by the department stating that only 10,000 pupils aged seven to 14 have not returned to school this year, while enrolment for those 15 and older is not lower than normal.

As a result of the inconsistences in the data, it’s difficult to plan for a specific number without knowing the exact number of dropouts. All children in South Africa are protected by their constitutional rights.

The DBE is urged to track and trace learners who dropped-out and stop the incompetence within its basic education ranks.

The DBE is asked to encourage and involve communities to get learners back to class by inviting structures like street committees and churches to help trace learners that are missing within the education system.

Section 27 advises the department to develop uniform attendance monitoring systems from Grade 1 all the way to Grade 12 to get a real sense of the scope of learner withdrawal and dropout.

The DBE can’t afford to lose focus by regressing on improvement in attaining universal school attendance by losing a generation of learners, says the civil rights organisation.

“We can make a difference now if we initiate plans to stem learner dropout and learning losses through a sustained, consultative, and pragmatic approach.”

Dropout is an indicator of the performance of our education system. The DBE’s utmost goal should be to reduce dropouts within the basic education sector, the civil rights moment added. 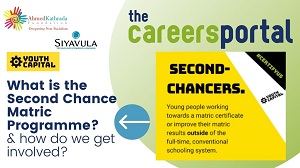