Yesterday was marked as a historic moment after the first two teenagers received the COVID-19 vaccine in South Africa.

It has been announced that five countries are taking part in the vaccine trial, these countries include South Africa, Kenya, Indonesia, Malaysia and Chile.

Out of the 14 000 children that will be taking part in the trial, 2 000 of them are in South Africa. 1 000 of the children will receive the Sinovac vaccine and the other thousand will receive a placebo, which will take place over the next couple of months.

South African officials see this as a significant step in the fight against COVID-19.

One of the members of the Medical Research Council stated that children have largely been overlooked in the research related to COVID-19 vaccinations which is why they are so excited about this aspect of the research.

The Sinovac vaccine has been approved by 15 countries for administration to adults after going through rigorous research trials, which is why many officials feel that by this stage it is safe to be administered to children.

Those children who will be receiving the vaccine will however be monitored closely to ensure that all goes well.

Sanet Aspinall, the Numolux Group Virologist, stated that the Sinovac vaccine is safe and “induces your immunity” to the COVID-19 virus.

Aspinall announced that the vaccine has been tested in adults in Brazil, Chile, Indonesia and the Philippines, and has shown to be effective in these countries.

According to the virologist, the vaccine has received emergency use approval in South Africa on the 1st of July and Coronavac has received full registration in a few countries.

The data from the Phase 1 and 2 trials in China has been published in The Lancet journal on the 14th of June and the Sinovac vaccine has been administered to children between the age of 3 and 17 years in China.

South Africa will be administering the vaccine to children between the ages of 6 months and 17 years, they will receive two shots spaced one month apart. They will then be monitored closely for 12 to 13 months after the second shot to check that there are no adverse effects and check the efficacy of this particular vaccine.

Currently, there is no indication when the vaccine will receive approval for children however scientists are continuing to rigorously test the effectiveness of the vaccine. 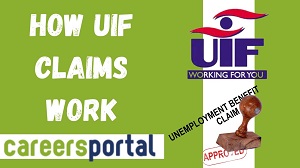