NSFAS Administrator, Randall Carolissen, denied the claims against himself and NSFAS. Carolissen sat in front of the Portfolio Committee and delivered responses to all the allegations issued by the National Education, Health and Allied Workers' Union.

NSFAS Administrator, Randall Carolissen, denied the claims against himself and NSFAS where it was said that they were the reason behind the delay for the final outcomes of the NSFAS audit.

During a meeting with the Portfolio Committee, Carolissen said, "I would like to set the record straight because it would appear that you either did not get the correct information or someone gave you the wrong information."

The delay in the annual report is not due to NSFAS. It is due to a discussion which we currently have with the National Treasury and with the National Auditor-General about some of the interpretations regarding the announcement by President Zuma in 2017.

Carolissen having to clear the air comes from an interview the Chairperson of the Committee, Philly Mapulane, had where he blamed NSFAS for not submitting required information and therefore lead to the delay. This interview sparked a massive response from the media with Carolissen saying NSFAS has since received many queries.

Mapulane then said that the information he got from the Auditor-General was that NSFAS was behind the delay and that “she was blaming NSFAS ... she said that getting information from NSFAS is terrible ... she mislead us”.

The Administrator will be finishing his term on 31 December and therefore said that he wanted to use this opportunity to clear his name and “make sure that my reputation is restored because I feel my reputation to be extremely important".He also said that it is important for the incoming Administrator.

On stabilisation, Carolissen said that before he started doing work at NSFAS, “They found about R250 million in irregular expenditure." and that when they went deeper into that and investigated it properly, "we found R7.5 billion in irregular expenditure” stating that the problem was even bigger and that NSFAS has done a lot to solve this issue, including opening forensic investigations and laying charges against those responsible.

NSFAS prepared a response to all the allegations the Union had against NSFAS and part of their response was that disciplinary action and investigations are currently underway at NSFAS to take care of previous transgressions at the organisation.

NSFAS is also preparing a document detailing the laptop tender issue which they will review to the Committee this week.

This meeting took place due to issues between NSFAS and the National Education, Health and Allied Workers Union (NEHAWU) having to be followed up. The Portfolio Committee therefore had a follow up meeting on Friday due to NEHAWU not being able to attend due to having to attend a NEC meeting.

There has recently been a lot of back and forth between NEHAWU and the National Student Financial Aid Scheme (NSFAS). NEHAWU  has said that Randall Carolissen being appointed as the Administrator of NSFAS hasn't solved any issues. The Union also wanted Carolissen to be fired, saying that he has run the institution into the ground. 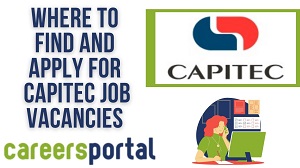