Calls For Minister Blade & NSFAS To Do Better

Students have made #BladeMustFall trend on social media as they beg the Higher Education Minister to do more in supporting students. Calls have also come for NSFAS to be more efficient.

#BladeMustFall is trending just as the 2021 academic year is about to start. Students want the Minister of Higher Education, Blade Nzimande, to do what he is supposed to and for the National Student Financial Aid Scheme (NSFAS) to up their game.

The Minister has received a lot of backlash as many have said that higher education is in crisis right now. Some students have said that the Minister's 'stay has been far overdue' and that he failed them.

One video that especially has students in disbelief is one of Nzimande saying, "Too many students rushing to programmes that we are not short of in South Africa, that are oversubscribed".

Students have said this is the Minister saying that students should 'stop studying irrelevant and outdated courses'.

while we support #BladeMustFall and the call for NSFAS to work efficiently, students must also take Blade advise which he repeats time and time again - stop studying irrelevant and outdated courses. pic.twitter.com/2Yx0Vw8YR2

There have been instances where students have complained about not receiving their NSFAS allowances. This is especially pressing as students finish up the 2020 academic year and prepare to commence the 2021 academic year.

NSFAS has previously said that beneficiaries were receiving allowances during 2020 and will continue to pay allowances in 2021 even though funds are currently constrained.

During a briefing, Minister Nzimande emphasised the following:

NSFAS beneficiaries continued to receive their funding during 2020. Although the available funding at NSFAS is constrained, we will continue to provide living allowances to those students who qualify.

However, issues and delays with students receiving their NSFAS allowances is nothing new.

There have also been many messages from students to be assisted with student debts.

Students continue to criticise the Minister's call for Unisa to reduce the number of students entering the Unisa for the first time. Unisa has said that the department's approved enrolment target for 2021 is 376 000. The University makes it clear, "However, the number of students transferring from other institutions and the cohorts of returning students are unaffected by the enrollment targets".

One student has said, "year in year out Black students continue to be systematically excluded from the higher education system under his [Nzimande] watch".

The EFF Students Command have gone to court and laid a case against the Minister and Unisa against this decision and have said that this is Blade excluding students. 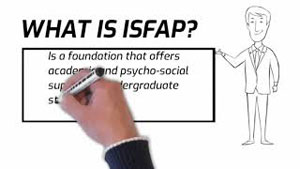