Calls Come To Urgently Arrest Those Who Burn Schools

The Portfolio Committee on Basic Education, and the Select Committee on Education, Technology, Sports, Arts and Culture are now calling for the arrest of perpetrators who burn schools.

The Committee on Education and Technology, Sports and Arts called on the South African Police Service (SAPS) to ensure that those who burn schools are brought to book.

The call comes after reports that five classrooms in Butterworth at Mgomanzi Secondary School were burnt to ashes.
Committee Chairperson, Elleck Nchabeleng, said the news of the destroyed classrooms, along with the learning equipment inside, was upsetting and regrettable.

The loss of that valuable infrastructure and the resources that were there are regrettable and unacceptable especially at a time when there is a call for improvement of the schools in the historically disadvantaged communities.

It’s also reported that at Jabavu High School in Alice, Eastern Cape, classrooms for Grade 12 Maths and Physics, including a school library, science and maths laboratory bathrooms, school’s storeroom and its tuck-shop, were destroyed.

There have been reports saying the fire resulted from the homeless people who live nearby the Jabavu High School premises.

The reasons for the fire at Mgomanzi Secondary School are not known pending investigation.

Nchabeleng urged the school governing bodies and the communities in their capacity to protect their schools from perpetrators.

Schools are the symbols of a country’s future, seeing a destroyed school is heart-breaking and it is like burning the future of the country, the chairperson said.

South Africans have become used to the fact that when they express their grievances or protests, property is always targeted.

The committee on education strongly condemns the act and hopes for arrests of the perpetrators.

Its also noted that the majority of the schools that fall victim to the destruction through fire are within the poor areas who later expect the government to rebuild the destroyed properties, Nchabeleng added.

At the time of the calls by the portfolio committee for the perpetrators to be arrested, no arrests were reported. 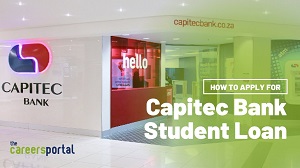