Human rights activists, Black Sash is calling for the Special R350 Covid-19 SRD grant which came an end on 30 April 2021, to be extended to unemployed people especially now that South Africa is on a Level 4 lockdown.

The Special Covid-19 R350 Social Relief of Distress (SRD) grant is a grant which was introduced in April 2020 in order to provide relief to persons over the age of 18 who had lost their jobs or could not find jobs due to Covid-19. This grant came to an end on 30 April 2021 after being extended a number of times throughout the 2020 year.

The human rights group the Black Sash has now asked that this SRD grant be extended to unemployed people, especially now that South Africa has been put under stricter lockdown restrictions as the country experiences its third wave of the Covid-19 pandemic.

Black Sash regional manager in KwaZulu-Natal, Evashnee Naidu says that while the group is asking for the reinstatement of the grant they are also asking for an increase in the amount of the grant.

"We're also asking that, that amount should be increased to at least R585 per month which is the food poverty line in South Africa, so that individuals can actually make ends meet. Considering both the health and humanitarian issues that South Africa is undergoing."-Black Sash regional manager in KwaZulu-Natal, Evashnee Naidu

"A large population of vulnerable women... we're actually pushing them deeper and deeper into the abyss of poverty and are ensuring that their households are not able to cope with the fact that we are in the third wave of the pandemic," she says.

Naidu emphasizes that those employed in the informal sector are unable to work and earn an income due to the restrictions and therefore many are suffering. The R350 grant provided a lot of relief to these people and allowed them to feed their families.

In terms of the basic income grants, Naidu says that they think the R350 SRD grant is a stepping stone to implementing this grant. Black Sash alongside many organizations have written various open letters and demonstrated concerning this grant and Naidu says they are pleased with the support they have seen from political parties and even the Minister of Social Development, Lindiwe Zulu.

She says that there has been increased economic activity in vulnerable communities where people have been receiving the R350 grant and that people have had better health as they have been able to provide better food and nutrition for their households.

"It (R350 SRD grant) empowers people to start looking for jobs because they then have the income in order to prepare themselves, get their CVs done, have transport to travel to these places for interviews as well as looking at enhancing their skills in order for them to access jobs," says Naidu.

Thus, Black Sash believes that a basic income grant would be an investment in people rather than a burden on the economy as the financial support will allow people to participate in and grow the economy.

"The government must prioritise humanitarian relief measures as part of its strategy to mitigate the impact of the pandemic. If this third wave is projected to last longer and have a higher peak than the previous wave of infections, then the government has no justification for terminating income support measures,”-Black Sash regional manager in KwaZulu-Natal, Evashnee Naidu 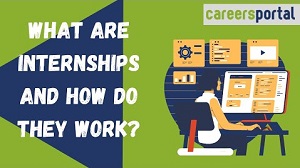