After the gradual return of students started in June, nearly 200 students and staff of Universities in Kwazulu-Natal have tested positive for Coronavirus. Students have been pleading with University management to address these issues and make changes.

Nearly 200 students and staff of Universities in Kwazulu-Natal have tested positive for Coronavirus. This comes after level 3 was announced and Minister of Higher Education, Blade Nzimande, said that 33% of students would be allowed back on campuses.

At the University of Kwazulu-Natal, 88 cases of Covid-19 were confirmed. This number does however include cases that were reported of any staff and students who were working and studying remotely. This 88 is broken up into 49 staff members and 39 students.

Acting executive director for the University's corporate relations division, Normah Zondo, said "The university has had confirmed reports of staff and students who sadly succumbed to Covid-19".

DUT’s senior director of corporate affairs Alan Khan, said that contact tracing is being done and campuses are being regularly cleaned and disinfected,

Mangosuthu University of Technology (MUT) has announced that there was 3 students who tested positive and 17 staff members. All those infected are in self-isolation and on the path to recovery.

MUT's media liaison officer, Bheki Hlophe, said that contact tracing was conducted to identify individuals that they had come into contact with within the university and that "the university has also been hard at work decontaminating workspaces used by individuals who tested positive".

Zondo from UKZN said on the return of students to campuses, “The university has very strict regulations and requirements to prevent spread of infections. Access to campuses is restricted and controlled, and only people with a valid permit and results of self-screening can enter.”

A curfew was also set up at the campus which only allows movement on campus between 6am and 6pm.

DUT's Khan said that having to keep up social distancing on campuses has been difficult but that the vast majority of students, staff and visitors were wearing masks, keeping up hand hygiene and not having group gatherings.

DUT will soon allow students to return to residences.

The Student Representative Council at DUT have pleaded with the institution’s Covid-19 Response Task Team to look at its preventive measures now that many students and staff are being infected. 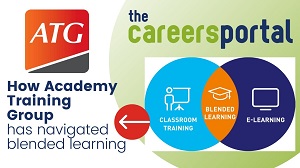 Authorities have provided the nation with an update on the matters relating to the devastating floods in KwaZulu-Natal.