The learner dropout rate in South African public schools led to the Basic Education Minister declaring it as a crisis. The Zero Dropout Campaign has been advocating for strategies to keep learners at school, as President Cyril Ramaphosa encouraged in the National Teachers Award Ceremony last week.

President Cyril Ramaphosa said that he was extremely saddened and concerned to hear how many young people had dropped out of school and were sitting at home.

The Zero Dropout Campaign has also reiterated the President's concerns through its social media recognising that the dropout crisis in schools needs attention as soon as possible.

The Covid-19 pandemic has created chaos in the education sector, and nowhere is this more clearly demonstrated than with national school dropout rates, which escalated to record breaking numbers.

The Zero Dropout Campaign believes that despite the challenges faced by learners and teachers alike, dropout rates can be reduced, and it continues to insist on its mission to decrease the learner dropout by half in 2030.

The president said that teachers had the responsibility to raise children who were patriotic about their country but also conscious about the changing world around them.

“You should walk the streets of our townships, the pathways of our villages, go hunt them down and ask them why they are not in the classroom, said the President.”

The call from the President comes after many efforts were made by the Zero Dropout Campaign in advocating for strategies and support to keep learners in school.

Merle Mansfield, program director for the Zero Dropout Campaign, said dropout was an issue affecting society as a whole, not just schools. We need to understand how, when, and why learners withdraw from school, she said.

In the current event of heightened school dropouts faced by public schools, the President challenged teachers to decrease the number of annual school dropouts to less than 25%.

Teachers are challenged to keep learners at schools, at least until they finish matric and do this deliberately by walking into villages or townships hunting for those who seem to have given up hope. This is an initiative that is at the height of the Zero Dropout Campaign's purpose.

In his speech, @PresidencyZA speaks about the need to ensure "every child can read for meaning" and "substantially reduce the dropout rate".

We could not agree more, Mr President! ✊

And, our Action Summit toolkits and Reading for Meaning programme offer solutions. https://t.co/3EeaoEIOGP 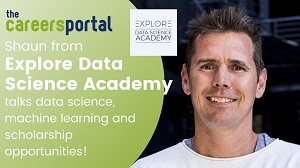