The Western Cape Education Department is calling on communities to take ownership of schools by protecting them. This follows reported incidents of vandalism, burglary and attempted burglary in 38 schools across the province during the July school holidays.

The Western Cape Education Department has reiterated its call to communities to take ownership of schools by protecting them following incidents of vandalism.

The call comes after 38 schools in the province reported incidents of vandalism, burglary, or attempted burglary over the July school holidays.

In a statement issued on Monday, the Western Cape's MEC for Education Debbie Schäfer expressed her concern and disappointment at the targeting of schools by criminals adding that the department is already in crisis as it is.

I am extremely disappointed that our schools have once again been targeted by ruthless criminals while closed for the holidays. Our schools are already operating in difficult circumstances, and the last thing they need is to be further be disrupted by damages and theft.

The items that were stolen from these schools over the holiday period include sports equipment, gardening and maintenance equipment, fencing, building fixtures, lighting and electrical cables, IT equipment, stationery, kitchen equipment, as well as food for school meals

Schäfer also noted that in some cases, wanton vandalism appears to be the motive, and instead of stealing anything, the perpetrators simply destroyed anything from furniture to bathroom fixtures.

These are pointless and malicious acts, with our children on the losing end as a result. To damage your local school is self-sabotage. Someone somewhere is going to be offered the goods stolen from our schools for sale. If this happens, please report it immediately.

“We had an incident last year when a member of the public reported seeing cans meant for use in the National School Nutrition Programme (NSNP) at a shop, which led to a speedy arrest,” she added.

Schäfer added that while the total cost of repairs and replacing stolen goods is still being assessed, the department has spent an estimated R10 million repairing damages in the 2020/21 financial year “money that could have been spent on supporting our schools”.

“Unfortunately, one of the incidents this holiday period resulted in the death of a security guard who confronted perpetrators. We offer our deepest condolences to his family and friends, and the school community. The district office has also offered counselling support to the school,” the MEC said.

She urges members of the public to report any suspicious activity in the vicinity of schools to the police, or the Safe Schools hotline on 0800 45 46 47. 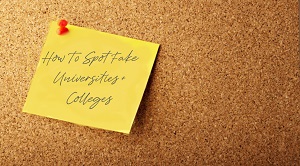