From zero to hero because she found a job 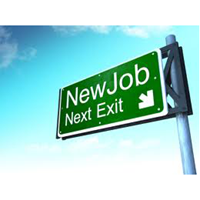 Namhla Manqele who grew up in Durban could not find employment or support her family and like many in the same boat as her, moved to Johannesburg to find work. After being shunned by the community because she could not pay her own way she decided to get screened by the Lulaway system.

Life is hard, but it becomes even harder if you cannot pay your own way and demoralising and demeaning when one cannot help your family put food on the table.

“After matriculating in 2005 I thought that I would be working within a few months.” says Namhla, “This did not happen and I spent many long hours looking for employment. I realised that I needed to do something drastic and decided to move to Johannesburg to find work.”

Through a friend Namhla discovered that Dis-Chem was looking for cashiers. She was pointed to the Lulaway system which is located in the Johannesburg CBD (in the interim many more centres have opened across Gauteng) and was warned that no positions are guaranteed. At the Lulaway centre she met by a personal consultant who loaded her details and relevant documentation onto the system and a professional looking, colour CV was created and printed.

Afterwards a screening test is performed to determine language, accuracy and listening skills and according to Namhla she found these tests ‘quite easy’. Errol Freeman, MD of Lulaway, says however that many applicants fail the tests that have been custom designed by employers. These names and applications are never discarded and are kept on the system to be matched against future possible positions.

Shortly after completing the process, Namhla was called for an interview with Dis-Chem and has been employed as a cashier since May 2012.

”As we open more centres and expand the services offered, we hope to positively impact many people’s lives by being able to level the playing field and give everyone an equal opportunity at finding employment,” says Errol Freeman, MD of Lulaway, “and it’s great when we receive feedback from people, like Namhla, that have come through our system.”

Namhla concludes, “It has been the best R50.00 that I have ever spent. It felt like I was investing and taking charge of my own future. I understood that that I might not be offered a position, but I was confident in my abilities. Besides being able to spoil myself, I can now send money to my family in Durban and at least know that they are able to look after themselves.

If there are two secrets that I can whisper in people’s ear, is to make sure that you have a matric, as it is the minimum requirement for many companies, and the other is to encourage people who are looking for work to register at the Lulaway Centres. There are many jobs available, and if not successful you know that you always stand a chance because you are not removed from the system.”

It is important to bring all documentation that may be relevant and important to the position applied for. A South African ID or passport is critical, and other applicable documents would include a Matric certificate, driver’s licence, tertiary education, courses attended and diploma’s earned.

Building your brand with Boston

Boston City Campus is helping you build your brand by giving you some tips on how to develop your self-confidence. Self-confidence can help you become successful in your personal and professional life.

False Bay TVET College began participating in Peer2Peer programmes which are all based on the belief that encouraging regular dialogue in the physical and emotional safe space of peer groups will challenge and equip students to take responsibility for their health, well-being and development.

Central University of Technology have opened up their applications for 2022. Don't hesitate and apply now!

Where to Study Psychology in South Africa

Students Cautioned Against Redirected Use of NSFAS Allowances

The UWC Student Representative Council has issued a statement to caution students against the redirected use of their NSFAS allowances.

Nyari Samushonga, CEO of WeThinkCode_, debunked some common coding misconceptions. WeThinkCode_ should be the first place you think of when you think about coding.

Applications to study music at Wits University in 2022 are now open so if you're wanting to take your musical talent to another level and get qualified, apply now! Wits Music is one of South Africa’s most innovative higher education music departments.

Now that the Cape Peninsula University of Technology has set up a Covid-19 vaccination site, more Universities will soon follow. These vaccinations will give more access to communities to get vaccinated in hopes that the vaccine rollout will go faster.

Requests For Teachers To Be Prioritized For Vaccinations

As the country fights the third wave of COVID-19 and primary school learners prepare to return to full-time contact learning, there are requests for teachers to be prioritised for the vaccine.

How to Make The Most Of Your Matric Final Prep Time

The Matric exams are the final measure of your success in high school and they can either build on the success you've had in previous years - or you can make up for bad Matric results in the past by doing well in the Matric final exams. This doesn't come by accident - you need to be organised and use the limited time in the best way. Here are some Matric tips for you!

Which NSFAS Allowances Do TVET Students Get?

NSFAS provides bursaries to poor and working class students and this includes those that wish to attend or are attending a TVET College. Keep reading to find out which NSFAS allowances TVET students get.

The department has finally cleared it's backlog of TVET College certifications. In early 2020, it was revealed that this backlog dated back to 1992.

The Minister of Higher Education, Blade Nzimande, is now amongst those citizens who have received the Covid-19 vaccine. Currently, the country is in Phase 2 of the vaccine rollout.

The South African Democratic Teachers' Union, what we know as SADTU, wants teachers to be prioritised in the vaccine rollout.