A good place to start thinking about essays is to better understand the types of essays that most of your assignments in Matric will fit into. If you want to know more about different types of essays, keep reading.

A big part of your Matric exams would be essays, mainly in language subjects. Here, we'll be giving you the types of Matric essays and a breakdown of them.

The following are the four main categories of essays that are generally the used in academia and most essays you will ever have to write in your life will fall under these four:

Here are more clear definitions of each essays to explain further so you can work around your optional types to use in your writing:

This is a more personal piece of writing with your point of view being made clear for your reader. These essays can be stories or sometimes called "creative non-fiction". The use of the first-person pronoun ‘I’ is not uncommon in these essays.

These are probably the most common types of essays you will come across and are a common format of essay required in exams.

If you are writing an expository essay you will find yourself digging into a theme or topic and then coming up with an idea. You will also be analysing evidence, and then structuring a discussion about the idea.

These kinds of essays are about describing as clearly as possible anything you are asked to write about.

An example assignment would be to write an essay about your most recent holiday experience. This would be an ideal time to use a descriptive essay.

These essays are similar to expository essays but are usually a lot more in-depth with well-researched qualitative and quantitative data to back up the points you want to present.

In most cases, an essay like this will also require you to address main points which may oppose your stand on an issue or topic, along with addressing the reasons to support your argument.

Usually, an argumentative essay is for a more advanced level for Matric. This means you will need to do some research and take notes, and most likely use your teacher’s notes to advance and balance your argument.

So now you have all the information that you ever wanted about essays.

If you want to write your essay with confidence, make sure you get good grades and really learn the structure of the different types of essays to make your academic life easier. 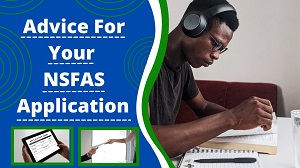