Umalusi was not expecting the Matric pass rate for the Class of 2020 to be what it is. The release of the matric results have been approved by Umalusi, the Quality Council in General and Further Education and Training.

A surprise was in store for Umalusi when the Matric pass rate for the Class of 2020 was higher than they expected it would be, with the 2020 school year being heavily impacted by the Covid-19 pandemic.

The Matric Class of 2020 produced a pass rate of 76.2% which showed a decline of 5.1% when compared to last year's pass rate, but Umalusi, the quality assurance council in charge of approving exams, was highly pleased with the results.

We did not expect results to go up this year, and the results better than what we anticipated ... We were holding our breath, and when the overall results came out we were pleased, and they were also credible.

Volmink explains that even though there was a decline of 5.1%, it was shown in past history that whenever there was a change or crisis, marks would drop and even worse than what we with the 2020 matric results.

We are in fact a nation on the rise. There will occasional inflection rates but we are going up year after year.

Absenteeism was also less this year.

The drop out rate also has to be considered as not all those who enrolled for Matric in 2020 sat to write the NSC exams. However, drop outs continue to be a challenge and is a concern.

There was also an increase in the number of special needs learners who sat for the exam and passed.

71 of the 124 inmates who wrote the NSC exams passed with a Bachelors.

The release of the Matric results have been approved by Umalusi, the Quality Council in General and Further Education and Training. 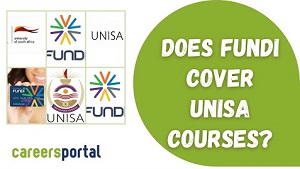