Expect The Best In Order To Achieve The Most

How much of your expectations - either to succeed or to fail - impacts on the final outcome?

Expectations that we have of ourselves influence our behaviour, which impacts our performance, and this in turn influences the outcome - becoming self-fulfilling prophecies.

“Expectations influence our future performance.  High self-expectancy means we are more likely to put in a greater effort and implement the necessary relevant behaviour to achieve the desired outcome,” says Natalie Rabson, career and education specialist at Boston City Campus.

A growing body of research shows that expectations can influence everything from our perception of taste and enjoyment of experiences to our performance on specific tasks. And the expectations of the people around us affect us too.

A study to look at whether expectations can positively influence performance was carried out in the late 1960s by Harvard social psychologist Robert Rosenthal, together with elementary school principal Lenore Jacobson.  The study aimed to answer the question: does teacher expectation influence behaviour in terms of performance, motivation and outcomes of their students?

Teachers at the school were told that their learners had been given a special test, identifying specific learners who would have an intellectual growth spurt in the upcoming year.  However, the researchers randomly selected these ‘academically promising’ students.

At the end of the year, those students who had been randomly labelled as intellectually promising actually showed a marked improvement in both the humanities and sciences. Even their IQ’s increased significantly.

At Boston City Campus we have high expectations of all of our students. To aid them in achieving results we stagger assessments throughout the semester (these aid in self-assessment which allows to rectify academic behaviour and to consult with educators), and use MaaS, (Mentoring as a Service) which mixes digital and live mentoring. Both the
mentoring as well as the assessments build proficiency, – developing positive expectation in the student which then impacts on the student’s performance and achievement.

The top group, known as the ‘Super-Staff’ did in fact live up to their name (and their managers’ expectations) with dramatic improvements.Those members in the lowest unit, who were not considered to have any chance of reaching the target of half million dollars, actually declined, and attrition among them increased.

The so-called ‘average’ unit however, proved an anomaly - exceeding expectations of the district manager.  This was because the assistant manager in charge of the group refused to believe that she or her agents were less competent than their colleagues in the ‘Super-Staff’.  In fact, in her discussions with her group she insisted that they had greater potential than those in the “Super-Staff”, lacking only in their years of experience in selling insurance. The results: her team also outperformed, by increasing their productivity by a higher percentage than the super staff team.

“The assistant manager communicated strong feelings of personal efficacy which in turn created mutual expectancy of high performance with her agents, stimulating productivity in the process,” says Rabson.

Boston’s graduate support services department sets rigourous expectations of graduates, andstudents seeking work integrated learning experience. “We will coach and mentor graduates and students in every aspect from their CV to their interview skills, and how to follow up with a thank-you whether the interview resulted in placement or not. By setting stringent expectations of professional behaviour we have raised the bar for our students, and we get excellent  feedback fromclients who turn to us repeatedly for their workplace opportunities”.

Students (as with all people) flourish when adults believe in them. 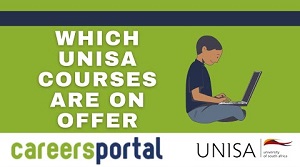