Unfortunately, the "in sickness" part of Kourtney Kardashian and Travis Barker's vows is already coming into play. The drummer was recently hospitalized, with his new wife by his side.

According to multiple reports, the 46-year-old Blink-182 drummer who's also the husband of Kourtney Kardashian was rushed to Cedar-Sinai Medical Center for further care after first checking in to West Hills Hospital and Medical Center Tuesday morning.

"God Save Me” is also the title of a song off Machine Gun Kelly’s recently-released album Mainstream Sellout, which Barker produced. The song, which Barker co-wrote, is in part about drug addiction, recovery, mental imbalance and fame.

The drummer was also hospitalized in 2018 for blood clots in his arms. He has also endured a staph infection and cellulitis, a bacterial infection that can cause swelling, inflammation, and pain.

A 2008 plane crash left Barker with third-degree burns on most of his body. Six people died in the accident. DJ AM also survived the crash but died less than a year later.

He took his first flight since 2008 with Kourtney Kardashian in 2021, writing a social media post that said, "With you anything is possible @KourtneyKardash."

Barker has been a force in the music industry for nearly three decades, most recently collaborating with artists like Machine Gun kelly and Post Malone. He performed at the 94th Academy Awards ceremony at the Dolby Theatre in March.

He had more recently risen to a more conspicuous level in the public eye, as his relationship with Kourtney Kardashian was documented in the first season of Hulu’s “The Kardashians” last year. The couple were officially married in Portofino, Italy in May 2022. 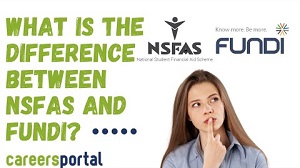