After months of Riri 'defying what it means to be pregnant and maternal' by flaunting her baby bump through her fashion statements, the Fenty owner and A$AP Rocky have officially become parents!

According to People, Rihanna has given birth to her and Rocky’s first child together nearly four months after first revealing to fans they were expecting via a now-iconic maternity shoot.

The Fenty owner is said to have given birth last week Friday, May 13, in Los Angeles, just days after she was said to have been spotted in public for the last time at a restaurant. The name of the baby, however, has not been publicly revealed.

Back in January, RiRi—as shown above—first displayed her baby bump while wearing a long pink jacket and distressed jeans in New York, and has since been spotted everywhere from the Met Gala (as a statue) to Fenty events.

“I’m trying to enjoy it as much as I can,” she said to People's unnamed source. “And fashion is one of my favorite things, so, you know, we’re defying what it even means to be pregnant and maternal. … It can get uncomfortable at times and so you can dress the part and pretend.”

Interestingly, Rihanna sparked pregnancy rumors a month before the big announcement when eating at Carbone, with a source from TMZ saying she was “quite clearly drinking sparkling water and openly rubbing her baby bump.”

The singer seemed to try to conceal her pregnancy with giant coats and baggy garments, but she soon started boldly showing off her baby bulge with her maternity attire.

Rihanna and rapper, A$AP Rocky have been dating since the beginning of 2020. They made their relationship public in November of the same year. In July, she included A$AP Rocky in her Fenty Skin campaign, and the pair performed multiple interviews together to promote the collaboration.

By September 2021, the pair had made their red carpet debut, turning heads as they walked the renowned Met Gala stairs.

The couple hasn't been in a hurry to get engaged or married and has been happy about spending as much time together as they can. 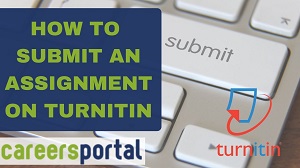