RHOD Reunion Kicked Off On A Hectic Note

Season 2 of Mzansi’s favourite spicy and dramatic reality television show, The Real Housewives of Durban came to an end weeks ago, but the ladies recently came together again to shoot the two-part reunion special hosted by Donovan Goliath which aired on Friday morning.

Donovan opened up the show by asking the cast members how they have been doing and asking them to share their opinions on how they think the reunion is going to go, since the reality television show ended off on a dramatic and sour note.

Most of the ladies shared the same sentiment that they were excited to see one another, but were also nervous because they knew that as a friend group there are some issues they need to unpack and resolve.

Goliath then asked Jojo what it was like to be a new housewife on RHOD and be in the same room as the other housewives.

Jojo said it was not an easy journey for her because the other ladies are fabulous and everything they do and wear is over-the-top.

She even revealed that she felt so much pressure from being around the other housewives that she bought herself a designer Louis Vuitton handbag just to fit in.

The ladies then learned that Londie London was pregnant with her second child, and that she had been keeping her pregnancy a secret throughout the show.

The topic on the show was then shifted to Annie and the backlash which she received throughout RHOD from viewers who felt she was a mean girl who was constantly on a mission to get other housewives to hate on whoever she did not get along with.

Annie said she was affected by being a trending topic for the wrong reasons, and that she needed a lot of help from her husband and therapy to overcome that moment in her life.

Mabusi later joined the other ladies on the reunion episode, and her close relationship with LaConco was unpacked, following the heated discussion on why Annie had some resistance to adding her to the Whatsapp group where all the housewives discuss their plans and trips.

The dramatic reunion episode was tied together when the ladies touched on the Nambithi Game Lodge vacation hosted by Londie which saw a rift between the ladies.

There was tension throughout the trip because half of the ladies were jetted down to the game reserve by Sorisha and her husband, while the other housewives spent hours on the road as they were driven to the holiday destination.

Here are some reactions from the real housewives reunion special episode :

One thing I have learnt from this woman through out the season is its okay not to fit in or stand out but be true to yourself and know who you are, Love yourself nje 💯💯💯👏❤️❤️#RHODurban Dankie MaKhumalo pic.twitter.com/tIsUouRIKF

A Queen🙌🏻 Sorisha telling Annie that how people speak of her doesn't quantify who she is because she knows herself and doesn't need validation is a lesson all Real Houswives across the globe could learn.
#RHODurban pic.twitter.com/86pBLI2KId

Not them trying to deny that they said things about Sorisha and the jet saga😏😂😂 sbwl such friendship!! The " we will die together chommie"😭💔😂😂 #RHODurban pic.twitter.com/kaGkGwO84K 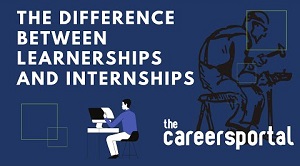