After several 'practice weddings', the Kravis Couple has finally tied the knot, sparking concerns of family affairs in the midst.

The Poosh founder, Kourtney Kardashian, married the Blink - 182 drummer, Travis Parker in an intimate wedding ceremony in Portofino, Italy, on Sunday, May 22.

This is the third time Kourtney and Travis have tied the knot. The couple sparked marriage rumors on April 4 when they had a 'practice wedding' at a Las Vegas wedding chapel. The spontaneous exchange of vows included an Elvis Presley impersonator as the officiant and took place in the middle of the night.

On May 15, the pair were legally married at a California courthouse. A source told PEOPLE the wedding took place in preparation for their Italy matrimony — to make sure the wedding would be legal.

Kourtney, 43, wore a custom white corseted mini-dress with a long, dramatic veil and black evening gloves. Then, she switched into a similar white mini dress and gloves for the ceremony, with a *huge* white veil and train. Travis stuck to a black tux and bow tie, and the pair (as expected) looked like a dream.

Travis had proposed to Kourtney in October 2021 on the beach in Montecito, California. The romantic moment saw the couple standing in a heart made of roses and candles. The proposal and a celebratory dinner with family afterward were featured on The Kardashian series. The pair drove off in seemingly the same type of car they used for their True Romance Halloween outfit.

Kourt and Travis have long been seen dropping references to Quentin Tarantino's film True Romance throughout their relationship. For Halloween 2021, the couple dressed up as leading characters in the film, Alabama Whitman and Clarence Worley, posing with a vintage convertible car.

Fast forward to May 2022, the pair drove away from their Santa Barbara wedding in a very similar-looking convertible, complete with a 'Just Married' sign attached to the back.

Now, the Kardashian's eminence in valuing family did of course make it hard to turn a blind eye to the blown smoke of Caitlyn being uninvited to the union.

According to a source who told TMZ, there are no hard feelings on Kourtney's part and that Jenner "simply didn't make the cut."

Caitlyn Jenner, who was married to Kris Jenner for 22 years, assisted in raising Kourtney and her sisters. Interestingly, it's not the first time the 72-year-old former Olympian has been ignored by the family. She was also not given a contract to appear in their newest Hulu series.

Nonetheless, congratulations are in order for the couple! 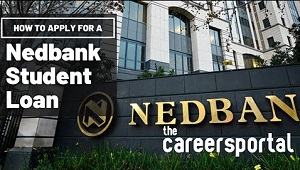