After suddenly postponing a handful of shows, Canadian pop star, Justin Bieber has finally revealed the reason why fans will not be seeing him live.

Justin Bieber took to Instagram to announce that he has been diagnosed with Ramsay Hunt Syndrome, a rare neurological disorder that can cause facial paralysis. The news come right after he had postponed his Justice World Tour, hours before his first concert in Toronto due to health concerns.

Bieber pointed out that the right side of his face was unable to move, as he could only smile and blink with his left side.

“So for those who are frustrated by my cancelations of the next shows, I’m just physically, obviously, not capable of doing them,” he continued. “This is pretty serious, as you can see. I wish this wasn’t the case, but, obviously, my body is telling me I gotta slow down.”

Bieber went on to say that he would now spend his time resting so he can get back to doing what he was “born to do.” He also reassured fans that his face would “go back to normal,” and that he’s been doing facial exercises during the recovery process

You can hear Bieber's full message below:

Ramsay Hunt syndrome happens in rare cases when the varicella-zoster virus attacks nerves near the inner ear, causing facial paralysis. Varicella-zoster is the same virus that causes more common illnesses like shingles or chickenpox, and Ramsay Hunt syndrome is only seen in less than 1% of infections with the virus, according to research published in the journal World Neurosurgery.

The most common symptoms are those Justin experienced, rashes around the face, hearing loss, as well as one-sided facial paralysis. The virus may stay dormant in someone’s body and gets retriggered by stress or another autoimmune response, causing a resurgence of shingles, or in rare cases Ramsay Hunt.

In 2020, Bieber revealed he had been diagnosed with Lyme disease as well as “a serious case of chronic mono.” His wife, Hailey Bieber, defended the singer against online trolls who didn’t take the diagnosis seriously.

“For those who are trying to downplay the severity of Lyme disease. Please do your research and listen to the stories of people who have suffered from it for years,” Hailey tweeted. “Making fun of and belittling a disease you don’t understand is never the way, all it takes is educating yourself.”

It's a bold move, some may say, to post your struggles for 241 million followers to see - especially when, to some extent, your professional career depends on your physical appearance. However, Bieber is just one of the several people in the spotlight who have been outspoken about their health recently. 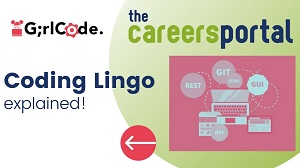