Jada Pinkett Smith turned her husband's Oscar blow-up into a teachable moment about Alopecia in the latest episode of ' The Red Table Talk'.

On Wednesday's episode of 'Red Table Talk', Jada Pinkett Smith hosted an emotional conversation on alopecia, an autoimmune disorder that causes hair loss. She also briefly addressed the controversy that broke out earlier this year of her husband, Will Smith slapping comedian, Chris Rock at the Academy Awards.

This is a really important 'Red Table Talk' on alopecia," the actress said. "... I’m using this moment to give our alopecia family an opportunity to talk about what it’s like to have this condition and to inform people about what alopecia actually is."

Jada Smith, who has alopecia; her mother Andrienne Banfield Norris, and her daughter Willow Smith were joined by several guests who shared their own personal experiences with the disorder.

During the episode, guest Niki Ball spoke about her 12-year-old daughter Rio Allred, who died by suicide after her family says she was bullied for her alopecia. Niki emotionally recalled Rio's hair loss journey and talked about how she and her family, including Ball's 7-year-old daughter Avry, are dealing with the tragic loss.

Of the many instances of bullying Rio endured, one of the last encounters she told her mother about was a ' really bad day' at school when a fellow student referring to Rio's bald head, told her to "put your hat back on, I can't stand the glare."

Learning to cope with the death of her daughter earlier this year has not been easy, Ball said. 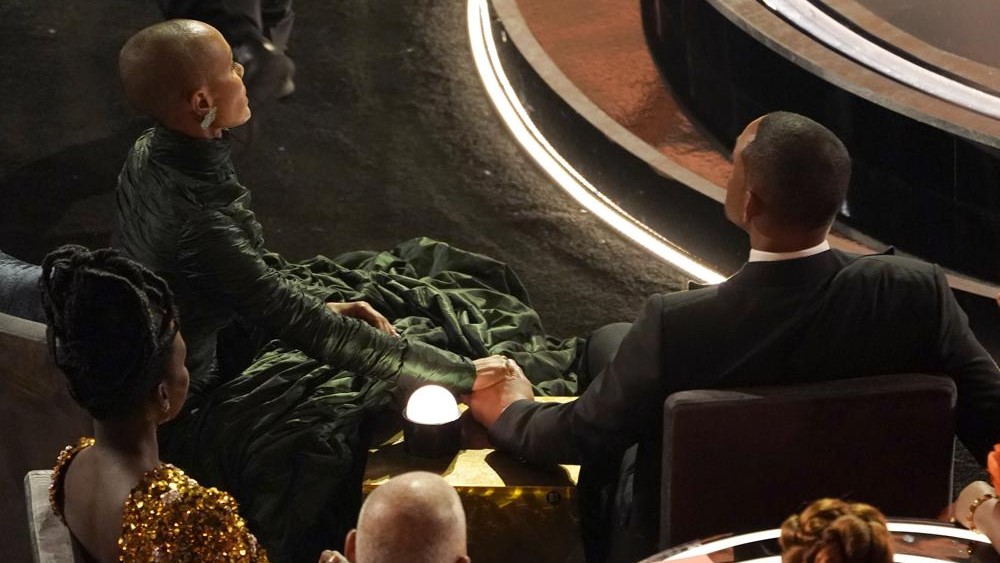 Jada Pinkett Smith's autoimmune disorder came under the spotlight earlier this year following the 2022 Oscars when Chris Rock made a joke about the actress onstage.

During the show, the comedian joked about Pinkett Smith starring in a nonexistent sequel to the 1997 film "G.I. Jane," which tells the fictional story of the first woman to enter Navy SEAL training. The movie starred Demi Moore, who shaved her head for the role.

It was unclear if Rock knew about Pinkett Smith’s condition.

Pinkett Smith's husband Will Smith got up from his seat, walked onstage, and slapped Rock following the comment.

Jada briefly addressed the scandalous moment at the peak of the episode.

"Now about Oscar night. My deepest hope is that these two intelligent, capable men have an opportunity to heal, talk this out and reconcile," she continued. "With the state of the world today, we need 'em both, and we all actually need one another more than ever."

"Until then, Will and I are continuing to do what we have done for the last 28 years -- and that's keep figuring out this thing called life together,".

The full half-hour episode, "Alopecia: The Devastating Impact," can be viewed on the Red Table Talk's Facebook Watch page.